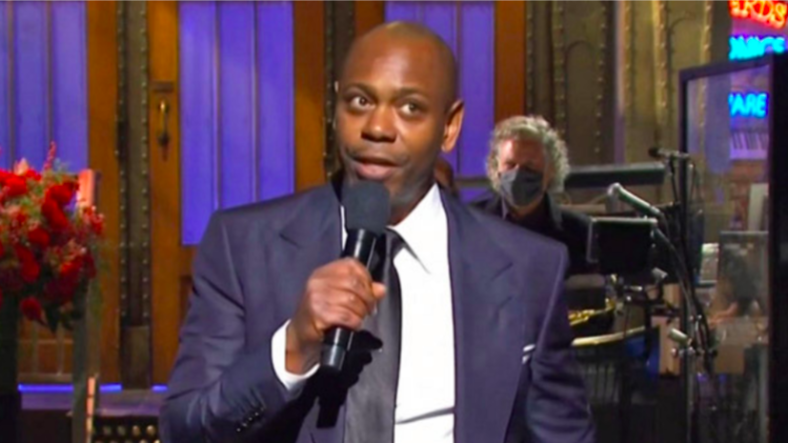 Election 2020 appears to be all over now but the shouting. Dave Chappelle returned to host Saturday Night Live on November 7th to give everyone a chance to laugh and think—and being Chappelle, he didn’t pull any punches with his jokes.

Clad in a suit and bright white kicks, Chappelle, who also hosted SNL the week Donald Trump won the presidency in 2016, hit the stage at 30 Rock smoking a cigarette with a little gray in his beard and a lot on his mind.

He couldn’t help but go right after the elephant in the room—former Vice President Joseph R. Biden Jr. winning Pennsylvania and grabbing enough electoral votes to be declared the next president of the United States.

Chappelle admitted he thought it was a “pretty incredible day” then launched into his monologue, which was a characteristic combination of thoughtful and politically-tinged and uncompromisingly blunt. Some selected portions below:

In a way it was classic Chappelle—he was pushing current comedy boundaries and knew it and seemed to enjoy that aspect of his own act, at one point addressing SNL producer Lorne Michaels: “I’m sorry, Lorne, I thought we were having a comedy show. It’s like a woke meeting in here.”

The rest of the episode was relatively tame, considering, though the venerable “Weekend Update” sketch was distinguished by a whiskey-sipping Michael Che who at one point got huge laughs simply by removing his tie and saying, “Hey Colin, did you know my tie is a clip-on?”

In a way, both Chappelle and Che were speaking for many viewers by loosening up and having a laugh even when the underlying subject matter—the election, COVID, and politics in general in the US—was on the heavy side.

Life is serious, sure, but it’s okay to joke again.