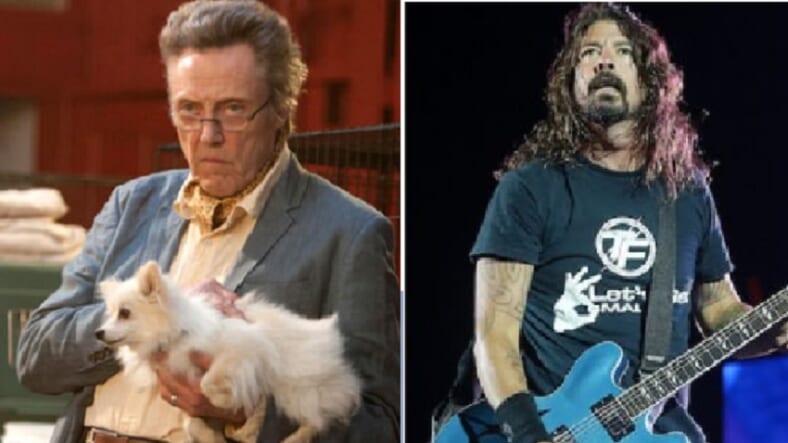 What the hell, Dave Grohl?

The Foo Fighters front man and former Nirvana drummer is a great musician. Everyone knows that. But the guy has apparently been hiding another talent from the world as well. He does a great Christopher Walken impression.

The video above is from an interview Grohl did with Chris Moyles of Radio X. It’s just one minute and it’s Grohl telling the story of meeting the actor on Saturday Night Live in 2003.

Walken, ever the responsible showman, was to introduce the band. He simply wanted to know if he should say “FOO Fighters” or “Foo FIGHTers.”

The real answer was the former but of course Grohl and his bandmates couldn’t resist fucking with Walken, as he relates above.

By itself the anecdote would be just a funny passing moment in a longer Q&A, but when Grohl flips into Walken mode it’s almost shocking how accurately he suddenly renders the man’s distinct way of speaking.

There are some great Walken impersonators out there, like Kevin Pollak or Jay Mohr.

We’d have to hear Grohl do a more extended bit, but this little sample has us wondering if he’d stack up just fine against these guys in an impression contest.

All that said, no one will ever top the original, the man himself.