Grohl has revealed how his obsession with Carolina BBQ changed his life. 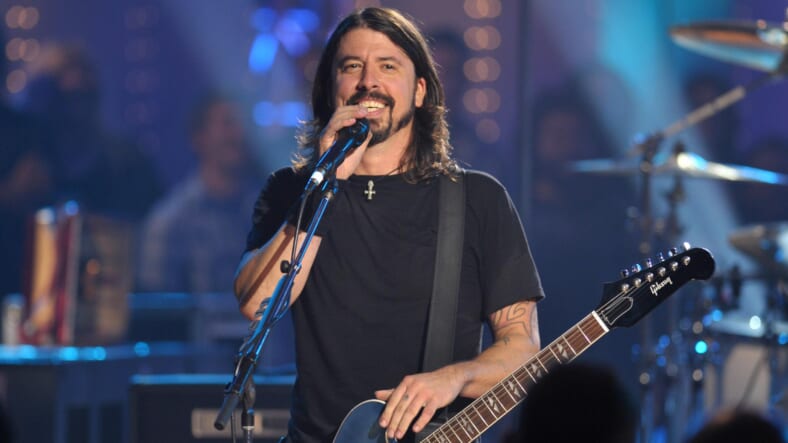 As the drummer for one of the greatest rock bands of the 90s, then-twentysomething David Grohl could have purchased just about anything with his cut of Nirvana cash.

He didn’t buy an exotic supercar or a Beverly Hills mansion. All Grohl wanted was to chill out in a North Carolina beach town and chow down on pulled pork, an iconic Carolina BBQ speciality, in case you didn’t know.

“When Nirvana became popular, the first thing I did was buy a beach house in North Carolina and I just spent years there,” he recently told Uproxx. “I ate pulled pork fuckin’ from the time I was 22 ’til about 25 years old.”

The Foo Fighters frontman has since become insanely rich, with an estimated net worth of $280 million. But his love of eating and sharing BBQ has only grown.

The California resident recently reinforced his well-earned rep as the reigning “good guy” of rock by serving up a variety of smoked meats from his recently-launched Backbeat BBQ to California firefighters battling the Woolsey Fire in LA.

“It was awesome to get a visit tonight from Dave Grohl of the Foo Fighters,” posted the Los Angeles County Fire Station 68 on Instagram. “He also treated us to some of his own Backbeat BBQ. Thanks Dave! It was excellent!”

Grohl’s lifelong affair with BBQ kicked into overdrive three years ago while he home-bound with a broken leg and all the time in the world to hone his process.

“You’re basically sitting there staring at these fucking thermometers all day long,” Grohl told Uproxx. “I’d just sit there for nine to 12 hours at a time just … oooommmmm … meditating and watching these temperature gauges.”

Being a musician first and a pit master second, it should come as no surprise that Grohl draws parallels between cooking BBQ and performing music.

“You have your specific recipe or your specific rub,” he said. “And, you know, the best feeling is when you have those big barbecues and I’m dolin’ out food for everyone and then they start coming back for seconds, it’s almost like performance in a way.”

“You know, you work all day long and then you present it to someone and it’s almost like making a song,” he added.

“The trademark information for the business suggests that we can expect Dave to release a range of sauces, marinades, rubs, and spice mixes, as well as merchandise and the possibility of a cookbook on top of its primary focus as a catering service.”

Meanwhile, in other Grohl news, the 49-year-old guitarist, drummer and singer revealed the surprising actor he wants to see play him in a biopic.

“I’m going for Shelley Duvall,” he said in recent interview with 95.5 KLOS.

Dave Grohl knows exactly who he wants to play him in his eventual biopic: https://t.co/OmrrbkmeS9 pic.twitter.com/F7CJ5zE65p

We could definitely see it.