A Look Back at David Bowie’s Movie Career 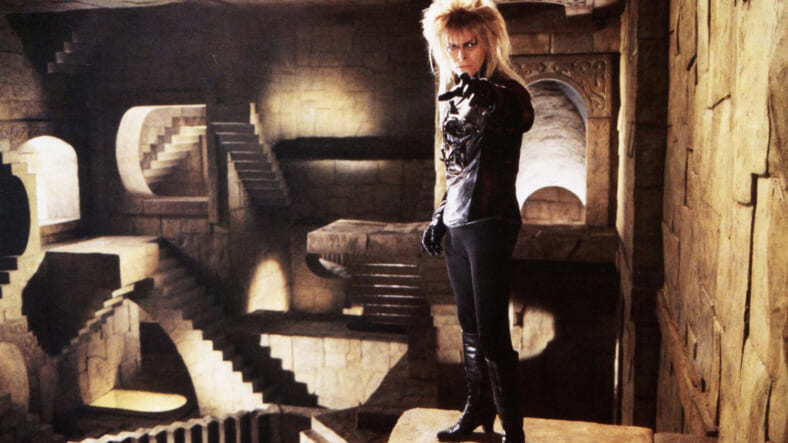 The world is reeling from the news that David Bowie died on Sunday from an 18-month battle with cancer — an illness Bowie kept concealed from the public.

Bowie is, of course, one of the most influential musical artists who ever lived, but he was a multifaceted renaissance man with an extensive list of movie credits- throughout his career he appeared in over 38 films. Here are some of his most memorable roles:

The Man Who Fell To Earth (1976)This surreal sci-fi drama marked Bowie’s first starring movie role, as an extraterrestrial who came to Earth in search of water for his own planet, which was in the midst of a drought. But his visit doesn’t go as planned — a scientist discovers his alien secret and he becomes addicted to alcohol. Speaking of addiction, Bowie admitted he was using cocaine heavily at the time of filming: “I was stoned out of my mind from beginning to end.”

Just a Gigolo (1978)Marlene Deitrich came out of retirement to star alongside Bowie in this WWI drama about a Prussian officer who takes a job in a brothel after he is unable to find work. Just a Gigolo was not well-received, and Bowie later said it was his “32 Elvis Presley movies rolled into one.”

Hunger (1983)Tony Scott directed Bowie in this twisted vampire melodrama: Bowie played a vampire tricked into believing that he would have eternal life and youth when all he had was the gift of immortality. Susan Sarandon and Catherine Deneuve co-starred, and had a sex scene together. The film received mixed reviews, but Roger Ebert was not a fan, calling it an “agonizingly bad vampire movie.”

Labyrinth (1986)Bowie starred alongside Jennifer Connelly in the adventure fantasy about a girl who must travel through an epic maze in order to save her kidnapped baby brother. The last feature film Jim Henson directed, Labyrinth was a box-office disappointment that evolved to become a cult favorite.

Twin Peaks: Fire Walk With Me (1992)Bowie fit right into David Lynch’s universe as a Phillip Jeffries, an FBI agent who returns after a mysterious two-year absence which is never explained.

Basquiat (1996)In a bit of casting brilliance, Bowie played Jean-Michel Basquiat’s good friend Andy Warhol in Julian Schnabel’s biopic of the artist. While the film itself was criticized as being too much about Schnabel and not enough about its purported subject, Bowie’s portrayal of Warhol was well-received. Paul Morrissey, who worked with Warhol on a number of films, said that Bowie’s Warhol was “the best by far. You come away from Basquiat thinking Andy was comical and amusing, not a pretentious, phony piece of shit, which is how others show him.”

The Prestige (2006)Bowie played real-life inventor Nikola Tesla in Christopher Nolan’s thriller about a rivalry between two magicians. Nolan said that Bowie “was really the only guy I had in mind to play Tesla,” but Bowie needed more convincing after initially turning down the role.