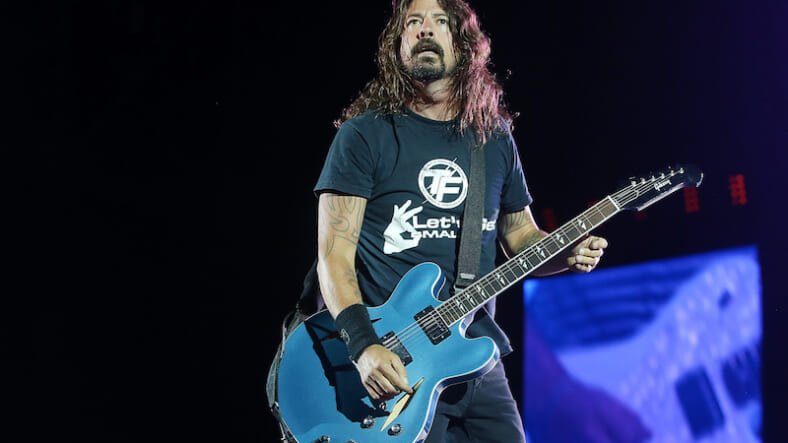 Last month word spread about how David Bowie once dissed Coldplay’s request for him to appear on their song by, in perfect Bowie fashion, responding with “It’s not a very good song, is it?” Now another musician can be added to the Bowie burn-pile: Dave Grohl.

Grohl and Pat Smear, who was a touring musician with Nirvana towards the end, appear in video for Playboy (found via Vulture) in which they drive around visiting a few of Bowie’s favorite Los Angeles haunts. In the video Grohl tells the story of how he reached out to Bowie and asked if he’d sing on a song he had written for an un-named film, and Bowie said “David, I watched the movie and I got to be honest, it’s not my thing…I’m not made for these times. So thanks, but I think I’m gonna sit this one out.” And when Grohl replied back via email, thanking him for his response or whatever, Bowie ended the convo with “Alright, well that’s settled, then. Now fuck off.”

Dave Grohl and Coldplay are not the only ones to be politely told to fuck off by Bowie. Red Hot Chili Peppers, and Bono from U2 also have sob stories. This only adds to what we already knew about Bowie which is that he was on some boss level shit. h/t Vulture