David Bowie’s ‘Labyrinth’ Is Getting a Remake

Who could possibly take on the role of Jareth? 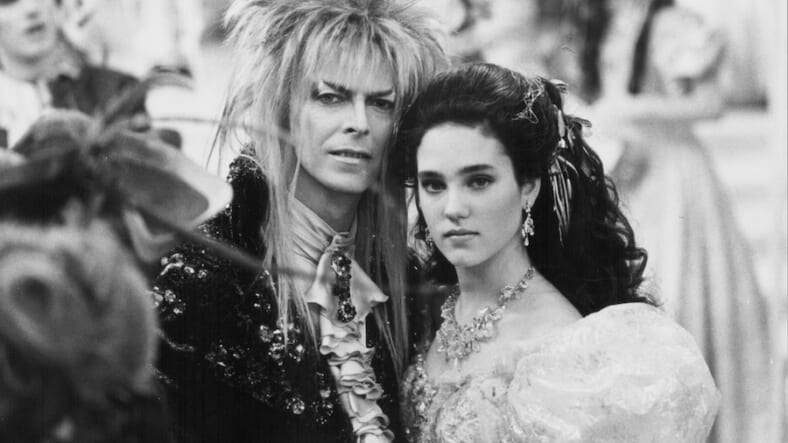 Glam-rock legend David Bowie may have passed, but his eclectic oeuvre lives on. Case in point, Sony just announced they’re gearing up for a reboot of his 1986 cult classic Labyrinth.

Directed by Sesame Street mastermind Jim Henson, Labyrinth centers on a 15-year-old Jennifer Connelly who—in order to save her brother from a wicked goblin king played by David Bowie—must journey through a Wonderland-type maze. Although the film underperformed at the box office, it’s since achieved cult status. Perhaps that’s due to the five original songs Bowie contributed to the film, or the fact that anything Bowie touched turned to gold.

There’s a lot that can be done with this project. While the original is beloved for its kitschy set pieces and Jim Henson puppetry, the wonders of CGI could make this quite a different experience. We bet this will be a 3D release.

There are already a lot of resources being funneled into the project. Variety reports that Guardians of the Galaxy co-writer Nicole Perlman will pen the script, and Lisa Henson of the Henson Co. will produce. Tri-Star’s Nicole Brown will oversee the film.

We think Lily Collins could work as a young Jennifer Connelly. But who could possibly take on the role of Jareth the Goblin King, played so brilliantly by Bowie?