The Pink Floyd guitarist raised a whole lot of “Money” to put toward the fight against global warming. 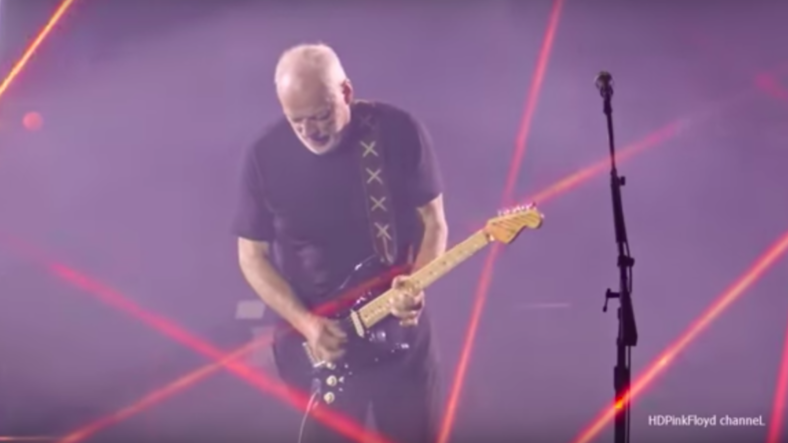 Pink Floyd rocker David Gilmour auctioned off a collection of his guitars for a whopping $21 million, and he’s donating every cent to ClientEarth, a non-profit charity fighting climate change.

“The global climate crisis is the greatest challenge that humanity will ever face, and we are within a few years of the effects of global warming being irreversible,” tweeted Gilmour, the singer and guitarist for the legendary psychedelic rock band.

The choice really is that simple, and I hope that the sale of these guitars will help ClientEarth in their cause to use the law to bring about real change. (4/5)

“We need a civilized world that goes on for all our grandchildren and beyond in which these guitars can be played and songs can be sung.”

Christie’s, which handled the sale, said it was the biggest and most wide-ranging sale of guitars ever offered at auction.

The biggest axe of them all was Gilmour’s legendary Black Strat — it was bought by Indianapolis Colts owner Jim Irsay for $3,975,000 — setting a new world record for any guitar sold at auction, Christie’s said.

“The guitar went through many modifications over the years, which only added to its mystique,” Maxwell said.

“With its battle-scarred surface, it wouldn’t be hard to believe this guitar had been to The Dark Side of the Moon and back. And in some ways, it had, appearing on that album, as well as many others in the Floyd catalog.”

Rolling Stone rounded up a run-down of Gilmour’s other famous axes that went on the auction block:

The 1981 Charvel Electric Guitar, used by Gilmour to perform the track 'Comfortably Numb' at Royal Albert Hall, realizes $75,000 at auction in #NewYork pic.twitter.com/KJVEkcL7m9

“These guitars have served me very well. They’ve given me songs and tunes, but I thought it would be good for them to move on and create new music with different people,” Gilmour told Guitar World.

“Hopefully, they’ll also raise a fair bit of money, which I plan donate to charity, and that will do some direct good in this world with all its difficulties.”

ClientEarth is a “charity that uses the power of the law to protect the planet and the people who live on it,” according to its website.

“This is a truly humbling and extraordinary gift, which goes beyond our wildest expectations,” ClientEarth CEO James Thornton said in a statement.

“It’s difficult to express just how deeply grateful we are to David for choosing ClientEarth as the beneficiary of this historic auction.”