But will he keep the beard? 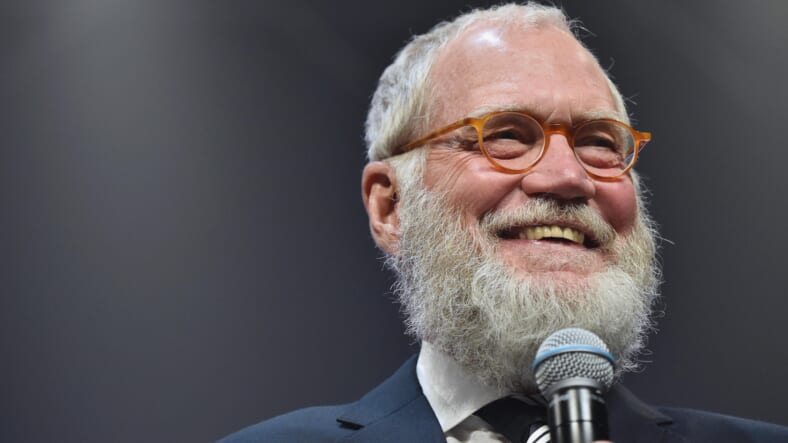 Two years after David Letterman stepped down from the helm of CBS’s The Late Show, the lauded host and comedian is making a triumphant return to television with unique new Netflix talk show.

Six episodes have been ordered by the streaming service, and the untitled series is set to premiere in 2018. The Hollywood Reporter has further details:

Unlike The Late Show, each hour-long episode of the Netflix series will be prerecorded and feature Letterman conducting longform conversations with a singular guest as well as exploring topics on his own — outside of the studio. A guest list has not yet been revealed.

During a recent interview with Norm Macdonald on Norm Macdonald Live, Letterman and the SNL alum gave their thoughts on the generic characteristics exhibited by so many contemporary late night shows.

Letterman responded by saying, “They’re all based on the same template, perhaps. I think you’re bound by the pressure of who’s writing the checks.”

Given his enthusiasm for the forthcoming show, it sounds as though the 70-year-old TV personality has found a less restrictive environment at Netflix and with the series’ producer, RadicalMedia.

“I feel excited and lucky to be working on this project for Netflix,” Letterman told the Hollywood Reporter. “Here’s what I have learned, if you retire to spend more time with your family, check with your family first. Thanks for watching, drive safely.”

“David Letterman is a true television icon, and I can’t wait to see him out in the wild, out from behind the desk and interviewing the people he finds most interesting. We’ll have to see if he keeps the beard.”

Keep it, Dave! We look forward to seeing you next year.