It’s Been 20 Years Since Chris Farley Died, And David Spade Still Misses Him

Spade just shared a moving tribute to his old pal on the 20th anniversary of Farley’s death. 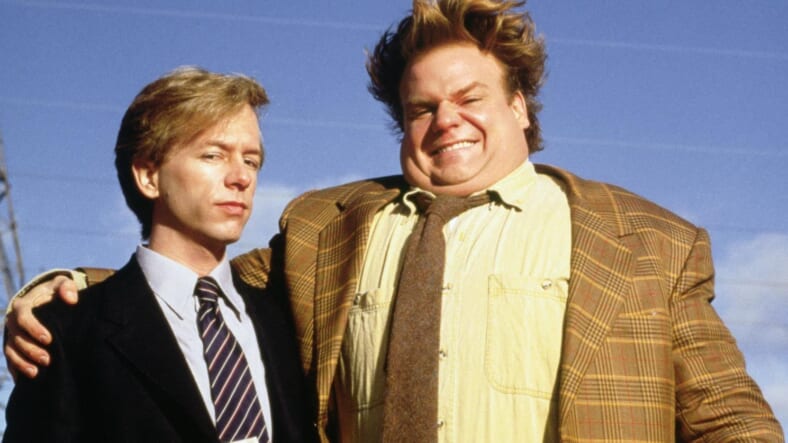 Laurel and Hardy. Abbott and Costello. Jay and Silent Bob.

There’s a rich history of fat-and-skinny comedy teams, but for our generation, none even comes close to David Spade and Chris Farley. In addition to their epic sketches on SNL, they also starred in two modern classic comedies, Black Sheep and Tommy Boy. Besides that, they were best buds to boot.

No wonder, then, that Spade decided to memorialize Farley on Instagram on the 20th Anniversary of his death from and accidental drug overdose.

Check out some of our favorite Farley moments, both with and without his little buddy.