David Spade Is a Drunk, Disorderly Dad in Exclusive Red-Band Trailer for ‘Father of the Year’

The king of sarcasm tells us about his last real-life fight and a little-known ‘Joe Dirt’ fact. 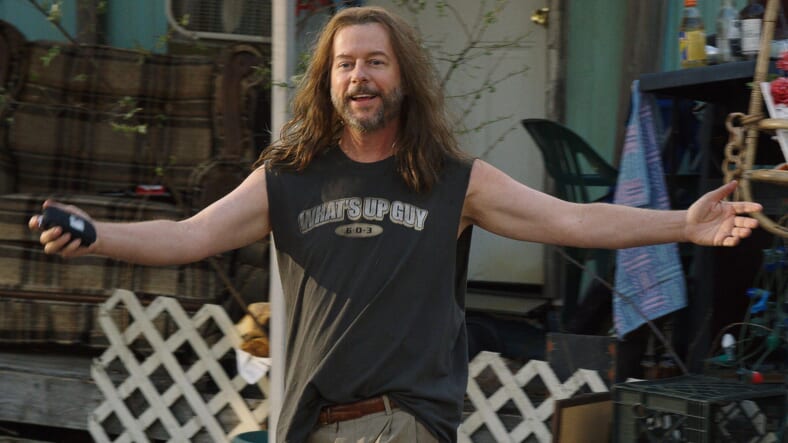 Don’t let the title fool you—David Spade is anything but Father of the Year in this new comedy from Netflix and Happy Madison Productions.

The above trailer, debuting exclusively on Maxim, offers a first look at movie’s utterly chaotic plot.

A drunken debate between two recent college grads about whose father would win in a fight is taken seriously by their idiot dads. One is Spade’s constantly wasted—but well-intentioned—character.

In the movie, Spade brags to his fictional son that he’s been in six—count ’em—six fights. We had to ask SNL alum about his most recent real-life scrap.

“My last fight was probably in 6th grade. I had a kid named Oscar that didn’t like me and I was at little league watching a game eating popcorn and he rabbit punched me and when I turned around he started wailing on me for no reason,” Spade reveals.

“I think my feathered hair set him off. So, I tried to run away like a pussy and I eventually stopped and turned around and unleashed a flurry on him that he’s never seen the likes of since. He got up and ran away crying.”

Speaking of awesomely ’80s hair, Spade also told us a sad-but-true secret about his iconic ‘do from his mullet-headed classic, Joe Dirt.

“That hair is not really mine,” he says. “If I could grow my hair to be that cool I would never cut it for the rest of my life.” Wouldn’t we all!