‘Dazed And Confused’ Cast To Do Livestream Table Read For Charity

Major stars Including Matthew McConaughey and Ben Affleck will reprise their roles in the stoner cult classic. 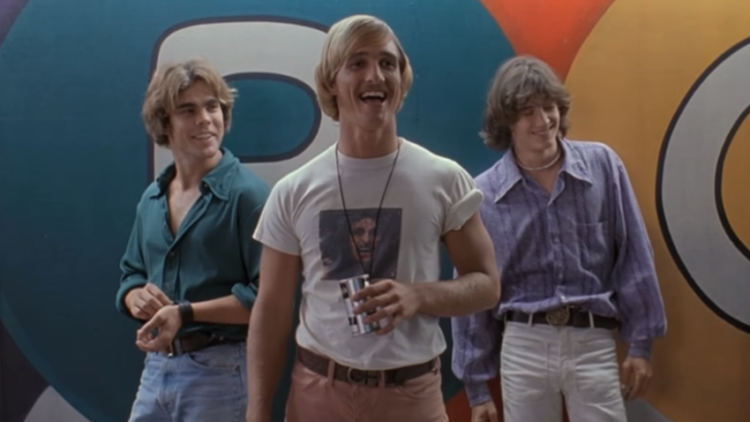 One of the small joys of Hollywood coping with the coronavirus pandemic‘s impact has been the surge in unique livestreamed content featuring big names in highly relatable settings. Actors in their “hanging out at home” clothes have been gathering to do “table reads” of great movies and effectively reinventing a rehearsal tool as its own form of entertainment.

Fast Times at Ridgemont High received the table read treatment and yielded more than one viral moment, including a hilariously stoned Shia LaBeouf’s turn as Spicoli. Now the cast of a similar movie, 1993 cult hit Dazed and Confused, will get together for a reading to benefit—according to Deadline—”Dallas-based March for Science’s #VoteForScience campaign in support of Texas voting initiatives.”

Dazed will feature Matthew McConaughey reprising his role as stoned high school graduate David Wooderson, and he’s not the only original cast member returning. He’ll be joined by more than twenty cast members from the original including Ben Affleck, Parker Posey, Jason London, and Adam Goldberg.

Deadline reports that proceeds from donations given during the reading will also go to the nonprofit Voto Latino Foundation.

Those who watch the live feed of the Dazed reading can donate whatever amount they like here to get access.

Comedian, actor, and author Patton Oswalt will be on hand to moderate questions and answers after the performance. The live reading will take place at 6:30 PM on Oct. 11.