Get your first look at Kristen Wiig as Wonder Woman’s nemesis and the full cast of the new “Suicide Squad.” 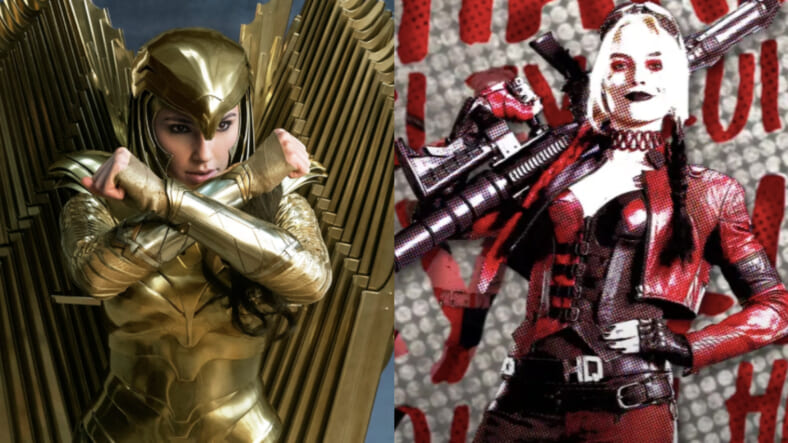 DC held its 24-hour Fandome virtual convention this weekend and it was a smorgasbord of superhero movie previews, including an intense look of Robert Pattinson in The Batman.

Some of the teases were classic live-action trailers, like our first real look at Kristen Wiig as Cheetah in Wonder Woman 1984, which you can watch above. DC and Warner Bros. also revealed some artfully-rendered looks at movies that don’t have much live footage yet, so they went the stylized route with a lot of comics-like animation. That was the case with The Suicide Squad, which you can watch below.

While it looks like some of the CGI effects in Wonder Woman 1984 aren’t quite locked in yet, this was still a fascinating look at comic actress Kristen Wiig’s first turn as a villain, and she delivers as a shockingly convincing foe for Gal Gadot‘s fierce Wonder Woman, a.k.a. Diana Prince.

With The Suicide Squad, we met the full cast, and there were some surprises for anyone first getting a look at this movie.

Margot Robbie‘s return as Harley Quinn isn’t one of those surprises, but some others are, including yet another Saturday Night Live vet turned supervillain.

Here’s the full cast, including some big names, as introduced in the trailer:

When @JamesGunn says, “It’s going to be different from any superhero movie ever made,” he means it! See more in this official first sneak peek behind the scenes of #TheSuicideSquad! #DCFanDome pic.twitter.com/1uV9Ve4oeX

Writer and director James Gunn, who was behind the consistently entertaining Guardians of the Galaxy movies for Marvel, promises this Suicide Squad will be “different from any superhero movie ever made.”

The premise of Wonder Woman 1984 is that as the Cold War is at its height, Diana Prince (Gadot) finds herself battling both powerful businessman Maxwell Lord and Barbara Minerva, a.k.a. Cheetah, a friend who has become an enemy with superhuman abilities. She reunites with Chris Pine’s Steve Trevor as well, even though he seemed to die in the first movie.

The storyline of The Suicide Squad is still up in the air, but it appears to be a continuation more than a reboot of the first movie, which was a box office hit but loathed by the critics—save for Robbie’s turn as Quinn, of course.

Wonder Woman 1984 is set to premiere on October 2, 2020 in the U.S. Barring coronavirus pandemic-related delays, The Suicide Squad will hit theaters on August 6, 2021.