Watch This Crazy Dude Chug Bloody Beer Through a Deer Carcass, If You Dare

NOT for the faint of heart. 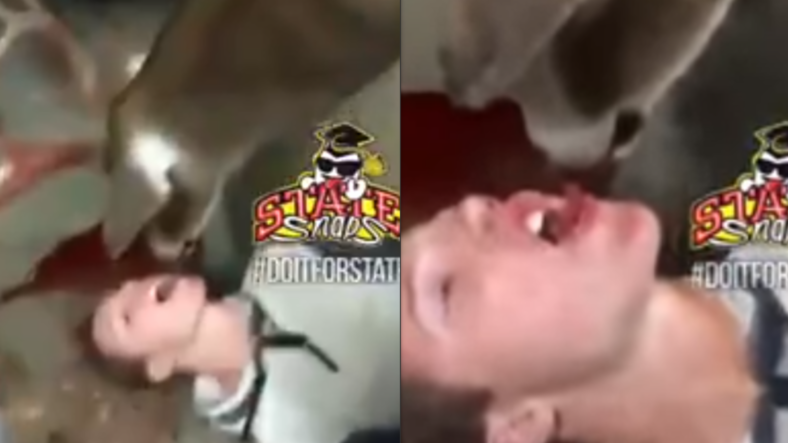 Left to their own devices, young bros will use just about anything as a vessel to chug booze. And we’re not just talking beer bongs or paint sticks.

The lunatic in one video willingly took a mouthful of blood-tinted Coors Light flowing from a freshly-gutted deer carcass. Watch it above, if you must.

Maybe the desire stems from a primal connection men feel with animals that’s been deeply ingrained over the evolutionary course of humanity. Or maybe it’s drunken stupidity. Either way, it sure is entertaining.

This ballsy dude drank beer out of the mouth of a live gator.

And then there’s this guy, who used a beached shark’s tooth to shotgun a beer. He was forced to apologize later because of lame internet trolls, but the video is still up!

If someone could incorporate a grizzly bear into their alcohol consumption method, that’d be pretty awesome. Just sayin’.