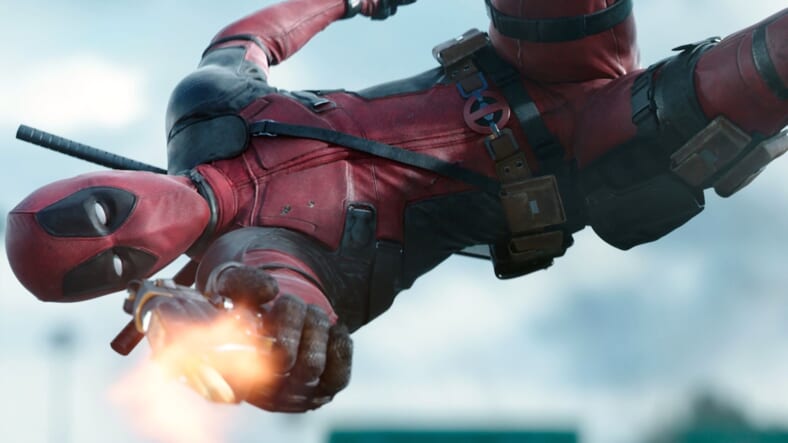 Disney, now in charge of the Deadpool franchise after snatching it up from 21st Cent. Fox, does’t seem to need much publicity for its Untitled Deadpool Sequel.

They have star Ryan Reynolds on hand to drum up excitement on Twitter, this time by revealing an official poster chalk full of clues about the movie.

The poster is a humorous recreation of Michelangelo’s The Creation of Adam from the Sistine Chapel, except God is now Josh Brolin as Cable, and Adam is now Ryan Reynolds in his full Deadpool getup.

Some might call this creation a masterpiece, but to me it’s just well hung art to be shared with the world. pic.twitter.com/O7ezRdGXX2

“Some might call this creation a masterpiece, but to me it’s just well hung art to be shared with the world,’ Reynolds captioned the photo.

It may seem as random as the previous poster, a Norman Rockwell recreation, but it may hint at the sequel’s new title. A subtitle at the bottom of the poster reads “The Second Coming,” which means audiences may soon refer to Deadpool 2 as Deadpool: The Second Coming.

Uproxx also surmises it means we’ll see a more human side of Cable, more than just the badass grim-faced figure we’ve seen in the posters.

This may also hint at a possible storyline for the movie. The comics crossover series X-Men: Second Coming involved Cable saving the first mutant born in quite some time (Scarlet Witch remade reality and removed the mutant genome; it’s complicated). Cable takes her to the future, names her Hope, and raises her like a daughter, eventually taking her back to the past when she’s a teenager.

We don’t know if Hope is going to be involved in the movie’s plot, but she does seem to be referenced. Note the teddy bear attached to Cable’s belt in the poster and in this first look photo from August.

We’ll know for sure by June 1, 2018, when the Deadpool sequel finally hits theaters.