“What in the actual ass?! Why are the visual effects not done?!” 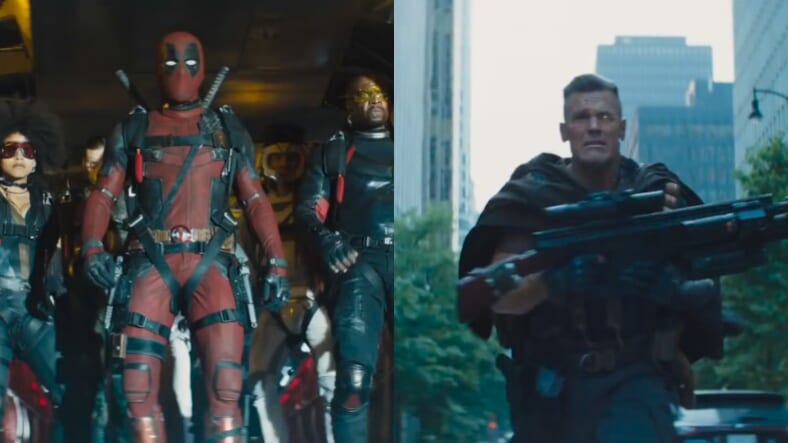 The newest Deadpool 2 trailer is all about the brash, gun-toting hero’s newest nemesis, Josh Brolin’s Cable.

The first seconds have all the hallmarks of your typical villain introduction: close-ups of Cable’s freakiest features, ominous synth drones, and a menacing monologue that alludes to his origin story.

But since this is Deadpool, our hero abruptly stops the tape to point out that Cable’s metal arm wasn’t added in post-production.

“What in the actual ass?! Why are the visual effects not done?!” Yells Deadpool.

After “fixing” the trailer with an action figure battle—and nodding to 21st Century Fox’s new parent company with an intentionally wrong Toy Story reference—it proceeds with action sequences, more interruptions from Deadpool, and a tense faceoff between the movie’s two stars.

We’ll see how Deadpool 2 stacks up to its hit predecessor when it blasts into theaters on May 18.