“Get ready to take a good ol’ back alley roll of the hepatitis dice.” 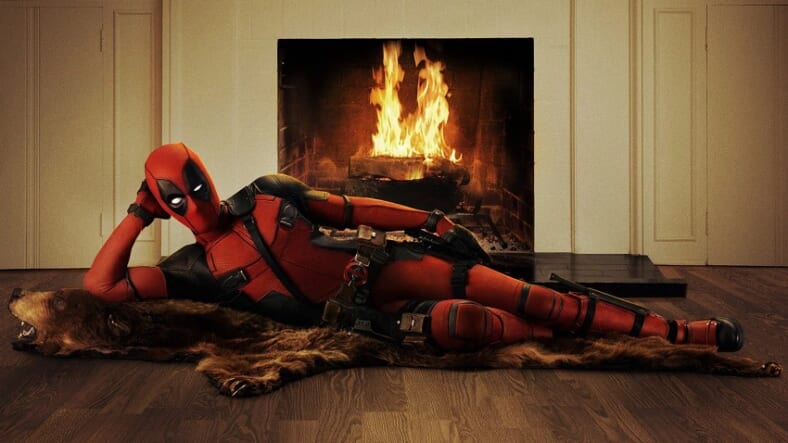 Even if you’re not a fan of superhero movies, you have to hand it to the team behind Deadpool 2 for their gonzo comedy skills. The teasers and promo images for the next movie about the Merc with a Mouth have been goofy to laugh-out-loud hilarious.

With the new trailer directed at fans attending the upcoming Brazil Comic Con, Deadpool gets just as crazy as he did with his Bob Ross parody, this time offering free tats to convention attendees. No, seriously.

Not much of anything about the movie here, just Deadpool (Ryan Reynolds) chatting in English then in Portuguese—in an unsettling, sexy woman’s voice—about the tats available. “Moderately trained artists” wielding needles on fans’ “bare naked flesh” will select from the following flash:

Deadpool’s face on the Brazilian flag is meant to reflect pride in the country “and its leading export—supermodels.”

The manacled hands are all about prison, Deadpool says, “where you get the best cuddles.”

Ryan Reynolds’ Instagram has been a killer destination to check out some of the ridiculous art promoting the flick as well.

I combined all four to create a beautiful lower back piece. 🇧🇷

Some people just know how to work a red carpet. #Domino #DeadPool2

The first Deadpool was a massive hit, in part because it showcased the two things Reynolds combines better than just about anyone: action and comedy.

It looks like Deadpool 2 will be even crazier, and probably funnier as well.