Deadpool Is Getting His Own Cards Against Humanity-Style Game 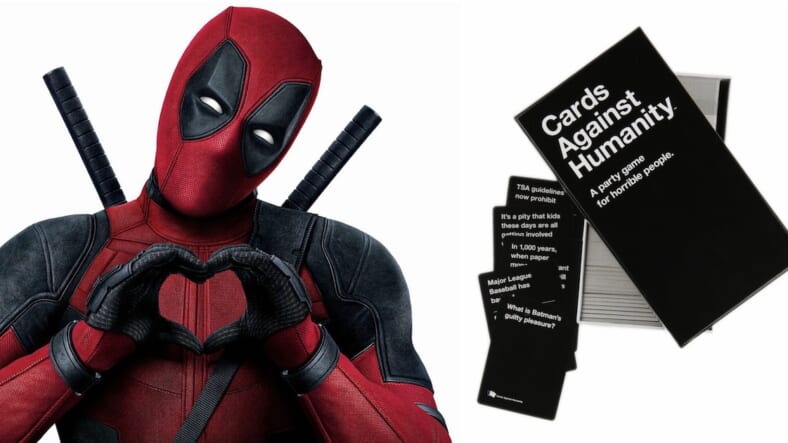 If Deadpool were into card games rather than taking down bad guys with katanas, he wouldn’t be playing bridge… you bet he’d be playing Cards Against Humanity.

So it makes sense the Merc With the Mouth—who already has his own gin—is now getting his own Cards Against Humanity-style game from USAopoly, called “Deadpool vs the World.”

Here’s how you play, according to Entertainment Weekly, which broke the news:

Featuring 100 custom illustrations (10 of which you can see exclusively when you click through this gallery), gameplay is such that a “WTF?” card is flipped over, and players must select a wet-erase “Caption” card from their hand — and fill in its blank with the pens provided — to come up with the wittiest caption.

“Winning requires players to tread outside of their comfort zone and fill in the blanks of cards that elicit inappropriate responses, ensuring outcomes of surprise, shock, and outbursts of laughter,” USAopoly explains.

Deadpool vs the World will be available this summer for  $24.95.

You can expect it around the time Deadpool 2 hits theaters, on May 18th.