‘Deadwood’ Star Says That a Movie Version Is Happening This Fall

Will HBO’s gritty Western finally get the ending it deserves? 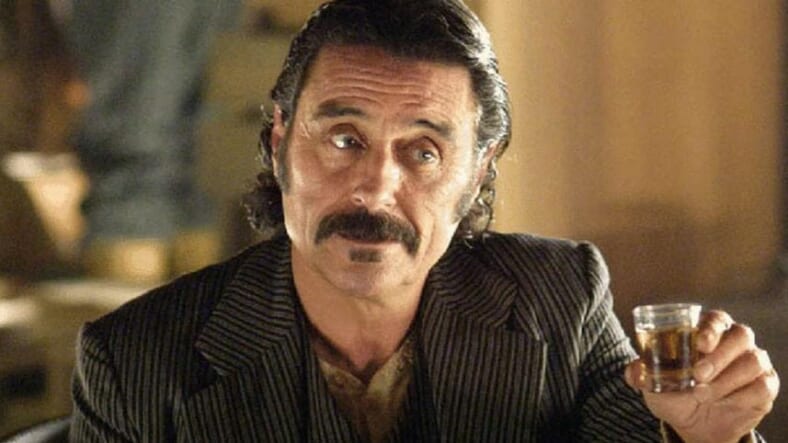 For a long time there have been rumors of resurrecting HBO western drama Deadwood as a feature film—but they never led anywhere.

That said, when the rumor returns and it comes from one of the main players, it’s probably worth a listen.

Star Robin Weigert has been doing interviews for Dietland, her new dark comedy on AMC. During one of those interviews with the Los Angeles Times, she gave a pretty definitive answer: “It’s safe enough to say it’s happening this fall.”

How safe? “There’s a set being built and tax incentives to get it done,” Weigert told the LAT, “A lot of [actors] have signed on. There’s a 90% chance it’ll finally happen.”

Many fans of the show, which ran from 2004-2006, would really love to see the series end up on the big screen to wrap up the story—the show ended abruptly. The difficulty with a rumor like this is similar rumors have been swirling for years, such as this report from Spin in 2017, which said a script had been given to HBO.

Many of the actors have gone on to have stellar careers, such as Ian McShane’s prominent role in the John Wick movies—when that happens, getting the old gang back together is a little like herding cats.

Deadwood die-hards would like it if HBO starts that round-up sooner than later.