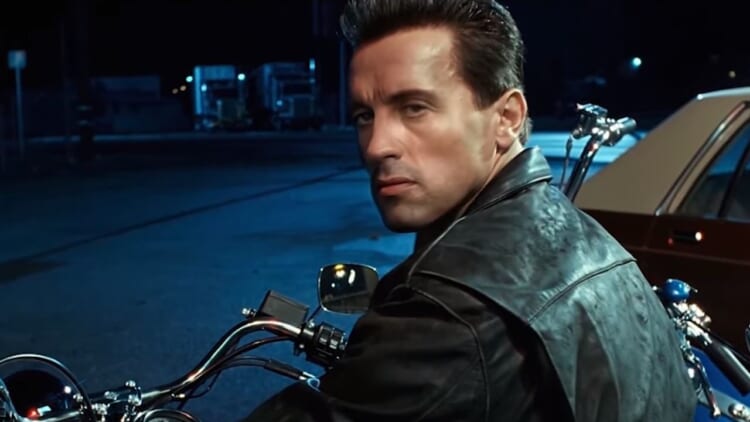 There’s a scene in The Last Action Hero when a kid runs into video rental store and sees that Sylvester Stallone—in that reality—played the title character in The Terminator. His disappointment is palpable (sorry Sly).

The editor behind the Ctrl Shift Face channel on Youtube decided to explore that idea a little further via Deepfake editing of a scene from Terminator 2, and the end result is unsettling, to say the least. You feel reality warp a bit as you watch it.

What’s a “deepfake,” though? This is as good a description as any:

Deepfake is an AI-based technology used to produce or alter video content so that it presents something that didn’t, in fact, occur. The word, which applies to both the technologies and the videos created with it, is a portmanteau of deep learning and fake.

It’s some of the most worrying technology out there, and the reason why should be obvious.

CNN explains in an article published in January 2019 that as Deepfake tech “develops and proliferates, anyone could have the ability to make a convincing fake video, including some people who might seek to ‘weaponize’ it for political or other malicious purposes.”

Previous Deepfake examples haven’t always been convincing to anyone who bothers to squint and look close, but as the Sly Stallone footage shows, rendering a completely convincing facsimile is getting a lot easier—even if there are moments when the Terminator becomes this bizarre Arnold/Sly hybrid.

Still, as footage of Bill Hader doing his Pacino and Schwarzenegger impressions for Conan O’Brien in the video above demonstrates, there’s still one element of Deepfakes that might make them tough to sell to anyone paying close enough attention: They’re just freaking creepy.

Seriously, as Hader does impressions, his face morphs into the actor’s and the switch to a dead-eyed young Pacino is nothing if not unsettling. And if anything, it gets worse when he switches to Schwarzenegger. The action stars’ mugs are perfectly okay on the men themselves, but transposed like that they look a little like Hader is in a serial killer movie and wearing his victim’s faces.

Not everyone has that instinctive response of “this is just wrong,” though. So the fact is Deepfakes will probably fool enough people eventually.

We just have to hope they don’t eventually move from merely weird to downright dangerous.