Two MLB Players Are Suing Over the Manning Doping Report 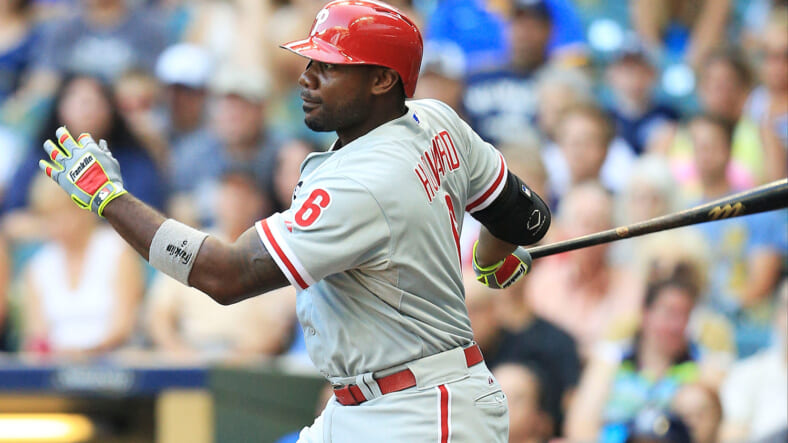 We’ve been calling The Dark Side, Al Jazeera’s bombshell documentary about performance-enhancing drugs (PEDs) in sports the “Peyton Manning Doping Report” because the Denver Broncos quarterback is the most high-profile athlete mentioned in it. But he’s not even close to the only one implicated in the report, and on Tuesday, two of the other pro athletes accused of doping

Philadelphia Phillies first baseman Ryan Howard and Washington Nationals infielder Ryan Zimmerman have filed defamation lawsuits against the Qatar-based news outlet, claiming that The Dark Side is full of inaccuracies. Also named in the suit are Al Jazeera reporter Deborah Davies and Liam Collins, the hurdler who went undercover in the scurrilous world of sports doping for the documentary.

While undercover, Collins spoke with Charles Sly, a former intern at an anti-aging institute in Indiana. Sly, who didn’t know he was being recorded, told Collins that Howard had taken Delta-2, a popular form of HGH. Sly also said he worked with Zimmerman during the off season and got him on a regimen of human growth hormone (Sly has since recanted his story regarding Manning). Along with the lawsuits, both men issued statements denying having every taken HGH.

If they hope to win their lawsuits, which seek damages for a financial impact “in the millions of dollars,” Howard and Zimmerman will have to do more than prove the report is false. They’ll also have to show that the false statements were made with “malicious intent.” That’s not always easy, as it requires concrete proof that Al Jazeera knew it was broadcasting false claims, something that might be tricky given Sly’s dubious credibility as a witness.

On top of the difficulty proving malicious intent, Howard and Zimmerman, by filing lawsuits, may have inadvertently put the PED accusations on a billboard. As NBC’s Craig Calcaterra explains, defamation suits can take accusations that would have faded away and put them on the news each night. As any sports fans knows, PED accusations tend to stick, regardless of what comes after. So even if they win the case, Howard and Zimmerman may have just ensured that they’re tainted in the court of public opinion. Manning had the right strategy of coming out forcefully against the allegations and then clamming up. Howard and Zimmerman may want to borrow a page from his playbook.