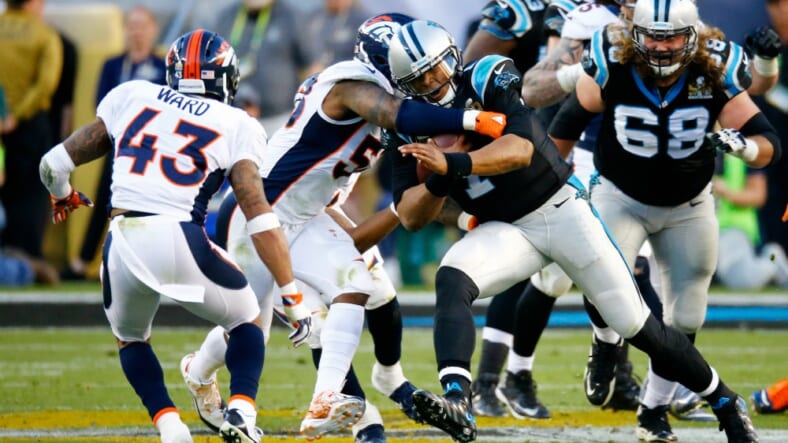 You’re no doubt aware of the old sports cliche, “Defense wins championships.” It’s not specific to any one game, but it seems more true in football than anywhere else, and it was proven, once again, at Super Bowl 50. The Denver Broncos defense was so unstoppable that they carried a geriatric quarterback who threw for 141 yards, one interception and no touchdowns to a double digit win. That’s a hell of an accomplishment.

It’s not really a surprise though. The Broncos defense played like this all season. They were the best in the league against the pass, third best against the run and on the biggest stage, held the league’s top scoring offense to 10 points, three touchdowns below its season average. None this was an accident either. As Jim Nantz took pains to point out during the game, Denver GM and human embodiment of the team’s logo John Elway remade his roster with an emphasis on defense after the Broncos dropped the Super Bowl to Seattle two years ago.

As fans, this sucks. Defense might win championships, but it makes for damn near unwatchable games. There were 15 punts in Super Bowl 50. Seven by the Panthers, who were tormented all night by the Broncos front seven, and eight by the Broncos, whose offensive strategy could best be described as “Don’t screw this up.”Punts are what you want when you’re trying to win a Super Bowl with your stout defense. Not so much when you’re trying to stay entertained by a football game.

Denver’s defense did manage a few moments of excitement, but nothing truly memorable. Yes, there were a few fumbles, seven sacks, an interception and defensive touchdown, but none of those were as fun to watch as Johnathan Stewart’s Superman dive into the end zone, the only touchdown Carolina scored. And honestly, it wasn’t THAT fun to watch.

Consider this: Super Bowl 50 saw only two offensive touchdowns. Both were runs, one from two yards out and one from a single yard. There were four field goals, a defensive score and a two point conversion. This is the scoring summary equivalent of Coldplay. There were no memorable catches. No blistering runs or incredible throws. Defensive might win championships, but offense makes them watchable.

Even with the NFL’s transition over the past decade into a league that emphasizes offense, elite defenses playing under the right coach, with the right scheme are nearly impossible to beat. Unless you’re a fan of the team the winning team, that leaves you with little to get excited about.