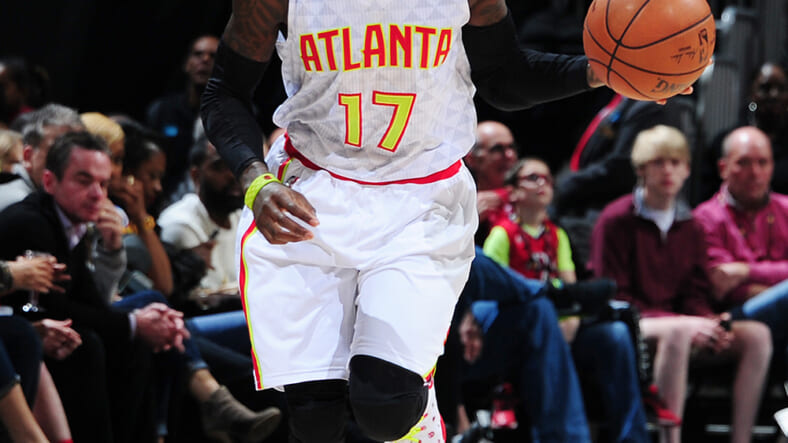 When Atlanta Hawks point guard Dennis Schroder stumbled on a drive into the lane and slammed his mouth into Portland Trail Blazer Meyers Leonard’s massive knee on Monday night, one of his precious little chompers flew out of his mouth and bounced around the court. What happened next will restore your faith in German men with funny hair.

Schroder didn’t call time out or scamper off to the sideline or play dead in the middle of the court so that the refs would stop the game. He just picked that little tooth up and stuffed it into his sock for safe keeping. Then he kept playing basketball.

If you ever wonder how an elite athlete like Schroder could grow up in Germany and somehow find himself playing basketball instead of soccer, your answer is in that video. A soccer player would deal with this injury much differently.