Maybe his brain was wrecked? 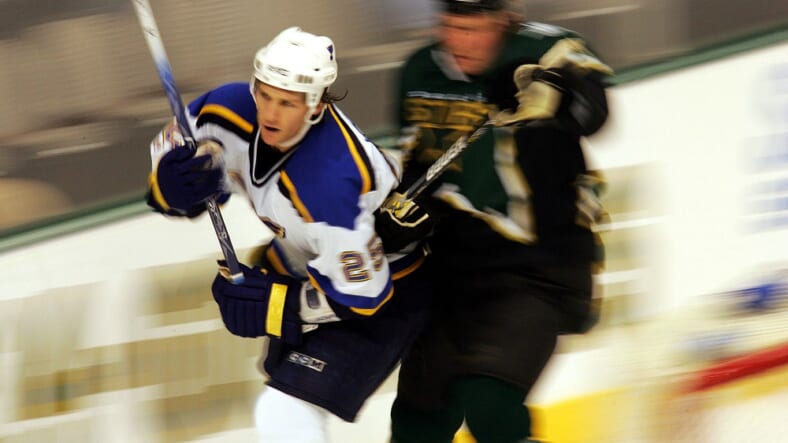 Something weird happened in Calgary Wednesday night. In a 2-1 loss to the Nashville Predators, Flames defenseman Dennis Wideman surprised linesman Don Henderson with a brutal, blindside crosscheck that sent the ref to the ice faster than you can say game misconduct.

What’s even odder about the play is that Wideman didn’t receive a game misconduct, which would have ended his night, or any penalty at all. Later in the game he apologized to Henderson and once it was over he tried to explain the hit. “I was just trying to get off the ice and kind of keeled over. At the last second, I looked up and saw [Henderson] and couldn’t avoid it,” he said.

But there’s one other possibly that could better explain Wideman’s out-of-character behavior—his brain was still buzzing from the concussion he just sustained.

Here’s Wideman taking a rough hit and stumbling toward his bench right before he wrecked Henderson.

“I took a pretty good hit down in the corner and had some pretty good pain in my shoulder and neck,” he said after the game. Clearly, he was dazed. He said something else after the game that supports the concussion theory: “I didn’t know where to go and how to get out of the way.” Those are the words of a man who was out on his feet but didn’t want to say so.

That brings up another question: Why wasn’t Wideman tested for a concussion after all this? Not only was he wobbly after the hit, but he did something bizarre to confirm that there might be something wrong. And yet, no test.

If Wideman is to determined to have intentionally hit Henderson he’ll face a suspension of at least 20 games.