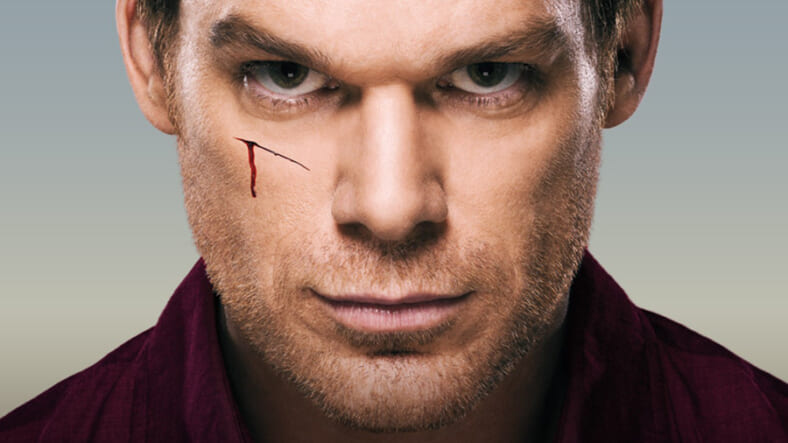 Many actors say playing serial killers can be a draining, unsettling experience. Putting yourself inside the mind of a psychopath who kills for fun isn’t the most normal thing to do.

Michael C. Hall, star of Dexter—the hit Showtime series about a serial killer targeting serial killers which ran from 2006 to 2013 —apparently doesn’t have those issues. He tells the Daily Beast he’d step back into the Dexter Morgan’s blood-spattered shoes again.

In a wide-ranging interview covering everything from Hall’s Broadway career to his sexuality to his improbable friendship with the late David Bowie, the question about Dexter was inevitable.

Love it or hate it, the show about a serial killer who trained his inner demons to target other killers and not innocent victims was as successful as it was unique, and much of that could be attributed to Hall’s ability to make the title character likable and sympathetic even as he methodically committed gruesome, bloody murders on a regular basis.

The Daily Beast asked Hall about the ifs and whens of a Dexter return, and fans might find his response encouraging:

“Every time I’m asked about this I say, ‘never say never,’” Hall said, smiling. “The next thing I know there’s an announcement on the internet saying ‘he’s going to do it again.’ The way that show ended gave no sense of closure for people and a lot of questions unanswered.

He seems to be in this self-imposed exile, he certainly didn’t ride off into the sunset. His sister died. It left a gnarly knot in some viewers’ stomachs. I stand by how that 8th season ended.”

For Hall, the tragedy of Dexter is that “if he had kept on killing people he’d have been fine, but he gets married, he opens his imagination and heart. He has a real connection to people, and all those people are compromised or destroyed in some way.

For it to be all tidied up after that would have not been honest. For him to simulate his own death and extricate himself from the context of his life made sense to me. As far as any more of that happening, it’s possible.”

So Hall is down for whatever may come, but it has to work for him and for the character’s arc.

But will anything like a Dexter reboot actually happen anytime soon?

“There have been different possibilities that have come up,” Hall tells Daily Beast, “They haven’t felt worth doing. But there’s still something potentially there. But there are no immediate plans to do that.”

A lot of maybes in there.

Speculation about Dexter is just another of many recent suggestions a movie or show might see a reboot or sequel sooner than later.

Those include the possibility of a Step Brothers 2, a Deadwood movie (that one is apparently a reality though rumors began circulating years ago), and a movie connected to Breaking Bad. The last is also in production, and reportedly follows Aaron Paul’s Jesse Pinkman as he tries to find a new life.

With projects like those popping up everywhere and the popularity of crime dramas like True Detective and true crime docu-series like Making a Murderer, the field seems more ripe than ever for a Dexter comeback.

But whatever might bring Dexter Morgan out of hiding will have to be good, and for fans, a lot of bloody fun to watch.