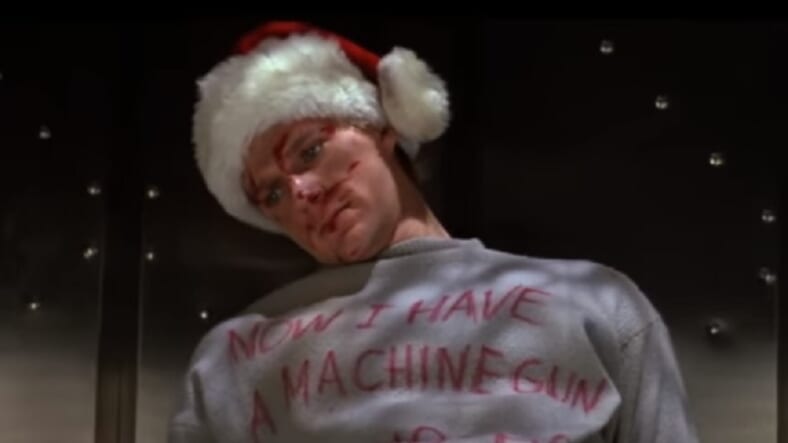 In the video above, Die Hard director John McTiernan ended a debate that’s been going on since Bruce Willis had hair. Is his iconic 1988 tale of a cop named John McClane taking down bad guys holding hostages at a party a Christmas movie or just an action flick that happens to occur at the Most Wonderful Time of the Year?

We’ve made the case that it most assuredly is a Christmas movie and belongs on any holiday-themed binge-watch along with unquestionably Yuletide-themed films like It’s a Wonderful Life.

Bruce Willis has weighed in on the subject and he also says it’s a Christmas movie. As does Die Hard‘s screenwriter, Steven deSouza.

John McTiernan discussed the question for the American Film Institute. If you haven’t watched the video yet, be warned that McTiernan’s response goes pretty far down a few blind alleys—he touches on politics, aging and even cites the Bible at one point—but in the end, his answer is clear: yes, Die Hard is a damn Christmas movie.

This case is really once and for all closed, so celebrate with a nice hot cocoa and random machine gun fire. This discussion is over. At least until next Christmas.