People Are Still Arguing Over Whether ‘Die Hard’ Is a Christmas Movie, And It’s Tearing the Internet Apart 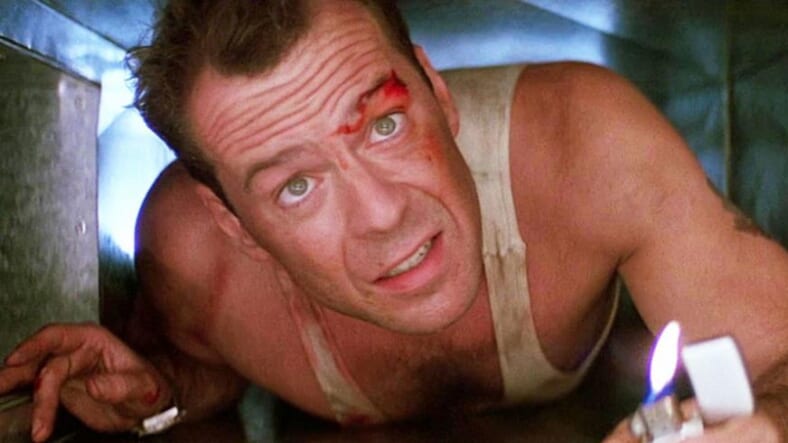 According to Inside Hook, Die Hard is not a Christmas movie. They aren’t the only ones who have this very bad opinion. With the arrival of the holiday season the discussion has come back around in a big way.

Here’s a breakdown of the case Inside Hook makes against this all-time great action film being in tune with the spirit of the season with some responses:

It was released on July 15th, 1988. Christmas movies come out … at Christmastime. Not in the middle of summer.

This is a great point—on the surface. Home Alone, also considered a Christmas movie, was released on Nov. 16, 1990, before Thanksgiving. Close to Christmas, but not… there. Same for Love Actually (Nov. 6, 2003), and Gremlins (released in June, 1984, it shows up on multiple great Christmas movie lists). Nah, we’re not buying it.

It’s set in sunny L.A. I am aware that Christmas happens in warm locations. If you’d like to show me a few more classic Christmas movies that take place entirely in warm, non-snowy weather, be my guest.

This is a B.S. reason. Sure, there aren’t a ton of Christmas flicks set in the desert or a tropical paradise, but songs like Bing Crosby’s ridiculous “Mele Kalikimaka (Hawaiian Christmas Song)” and — especially — “White Christmas” are clearly about Christmas feelings in summery settings. Partial points on this to Inside Hook, but don’t tell us the Christmas spirit is nonexistent among the palm trees.

Inside Hook also says the setting could change and nothing in the movie would change — but that’s hard to imagine. The irony of the terrorist takeover at Nakatomi Plaza during a Christmas party is absolutely key to the story. What other time of the year aside from New Year’s — which is just a week later — would there be a large enough gathering of people at a venue like that?

Also: Christmas is the reason John McClane is in LA in the first place.

Contrary to popular belief, an air vent is not a chimney.John McClane climbs through one, bringing … death and mayhem, not present. This is a specious argument at best.

OK we’ll give them this one.

In the end, though, everyone making the argument against Die Hard‘s essential Christmas-y nature is just wrong because those points ignore the underlying spirit of a movie about a man trying to make good with estranged loved ones by bearing gifts like a huge teddy bear.

Christmas Carol is at heart a redemption tale. Even if McClane starts out with a gruff likable vibe, he’s still a man in need of a little redemption — just like Scrooge. And man, does he ever achieve it.