Shark Week Returns This Weekend For 48-Hour Marathon on Discovery 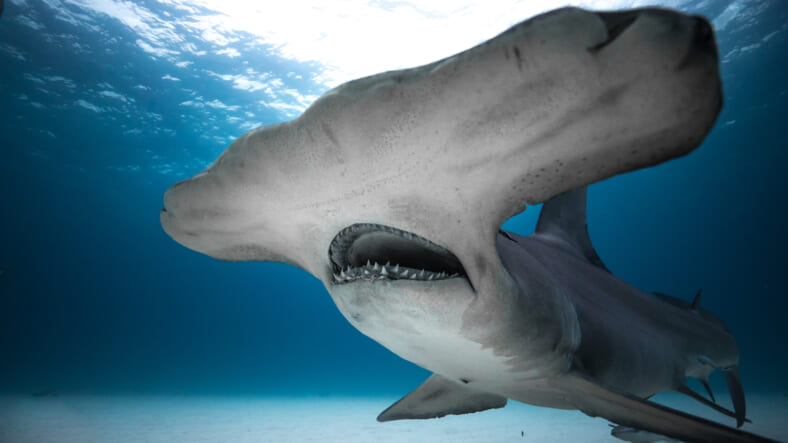 The Discovery Channel’s Shark Week may be one of TV’s biggest summer events. In anticipation of this year’s new shows, the network is throwing some chum into the waters for fans stuck inside due to stay-at-home measures with what the network calls “a special weekend marathon featuring a line-up of fan-favorite episodes.”

Viewers will get to revisit oceans around the world, watching over the shoulders of noted marine biologists and divers working with major science institutions as they tell original and groundbreaking stories about the lives of these underwater predators.

In their announcement of the marathon, Discovery promised that “Shark Week in a Weekend” is an opportunity to “bring the world to viewers at home while SHARK WEEK talent and scientists take on some of the most daring shark experiments ever attempted.”

One of the weekend highlights: the first feature-length scripted “Shark Week” film, Capsized: Blood In the Water, which airs the night of Saturday, April 4, at 9 PM ET/PT. It’s the story of a terrifying 1982 shark encounter and stars Josh Duhamel, Tyler Blackburn, Beau Garrett, Rebekah Graf, and Josh Close.

Full “Shark Week in a Weekend” Schedule on Discovery Channel: