“Come play with us, forever and ever.” 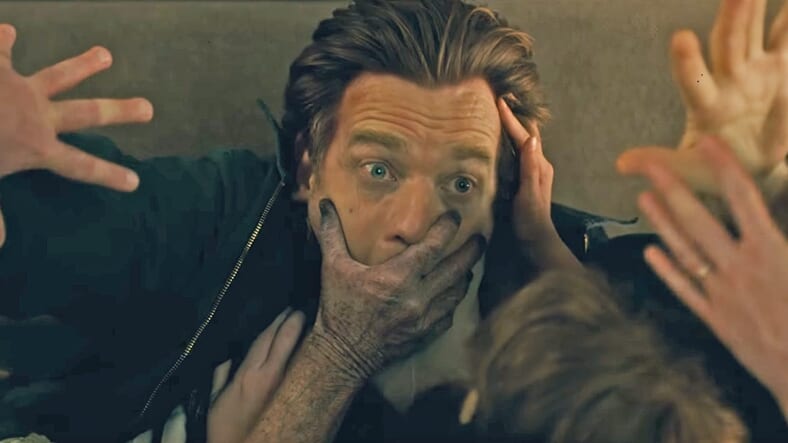 While Stephen King will never tire of slamming Stanley Kubrick’s film adaptation of his novel, The Shining, it remains a truly classic horror movie.

Doctor Sleep was King’s sequel to the novel, and Mike Flanagan, director of the upcoming movie version, totally leans into Kubrick’s legacy. With this final full-length trailer, we go with the adult Danny Torrance (Ewan McGregor) back to a very familiar and terrifying Overlook Hotel.

In Doctor Sleep, Danny is four decades from the psychic boy who saw ghosts in the halls of the Overlook and adulthood has been a rough ride for him. Here’s more from the Warner Brothers synopsis:

Still irrevocably scarred by the trauma he endured as a child at the Overlook, Dan Torrance has fought to find some semblance of peace. But that peace is shattered when he encounters Abra, a courageous teenager with her own powerful extrasensory gift, known as the “shine.” Instinctively recognizing that Dan shares her power, Abra has sought him out, desperate for his help against the merciless Rose the Hat and her followers, The True Knot, who feed off the shine of innocents in their quest for immortality. Forming an unlikely alliance, Dan and Abra engage in a brutal life-or-death battle with Rose. Abra’s innocence and fearless embrace of her shine compel Dan to call upon his own powers as never before—at once facing his fears and reawakening the ghosts of the past.

Along with McGregor, the movie also stars Rebecca Ferguson as the evil Rose the Hat, and big screen newcomer Kyliegh Curran as Abra.

Even though Flanagan leaned into Kubrick’s vision for his Overlook setting-wise, King’s novel ignored it and the fact that one key character died in the first film—Dick Hallorann (Scatman Crothers in The Shining). Hallorann is apparently also back in Doctor Sleep and played by Carl Lumbly.

It seems like the director is splitting the difference in Sleep, for which he wrote the screenplay, and honoring Kubrick as well as King.

Which isn’t bad, because unless you’re Stephen King, there’s no getting around the fact Kubrick’s movie was a creepy, demented masterpiece.

Doctor Sleep will premiere around the world on October 30, 2019, and in North American theaters on November 8, 2019.