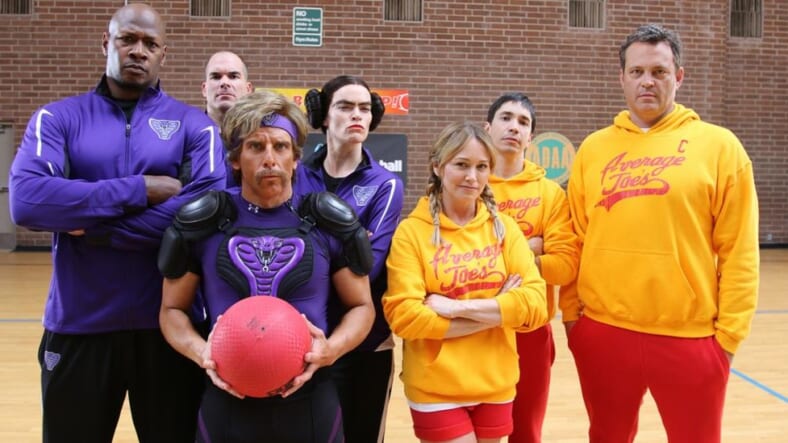 Thirteen years after Ben Stiller and Vince Vaughn hurled red rubber orbs at each other in Dodgeball: A True Underdog Story, team Globogym and its hopelessly insecure leader are taking on Average Joe’s again—but this time, it’s for charity… bitches!

That’s right. The original cast members of 2004’s surprise hit comedy are back, and they want two lucky fans to come out for “the most epic game of dodgeball ever.”

Stiller’s White Goodman taunts, “One of you lucky losers, and probably your only friend, can come test your dodge ball metal against the best baller in the biz.”

To be considered, all you need to do is sign up to play on Team Globogym or Team Average Joe’s on Omaze and make a donation to the Stiller Foundation, which supports children around the world by providing educational opportunities to help them realize their full potential.

Come for the charity, stay for the balls.