There better be a cape and mustache. 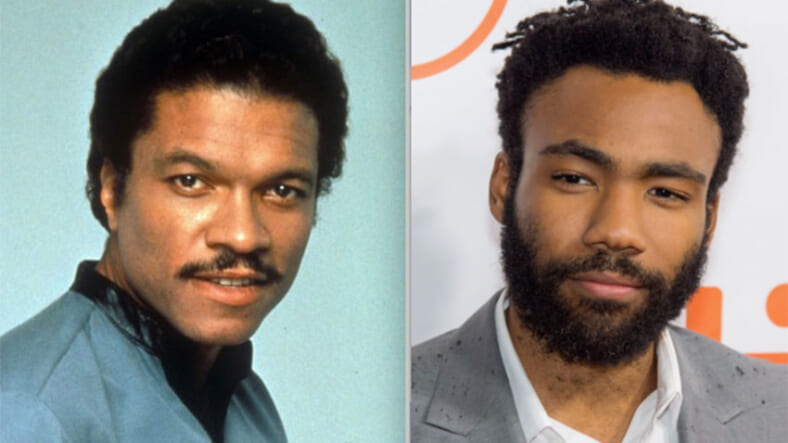 As originally played by Billy Dee Williams, Lando was a suave but unpredictable character who evolved from self-interested confidence man to heroic member of rebel alliance. In the new film, reports StarWars.com, Glover will play Lando “in his formative years as a scoundrel on the rise in the galaxy’s underworld.”

Phil Lord and Christopher Miller, directors of the as-yet untitled film, reportedly said they felt “lucky to have an artist as talented as Donald join” the production. In a nod to the passionate Star Wars fandom, they also offered a tongue-in-cheek public apology to Glover “for ruining Comic-Con for him forever.”

We’ll have to wait to see Glover do his thing in a galaxy far, far away—Young Han Solo, whatever its final title, doesn’t premiere till 2018.