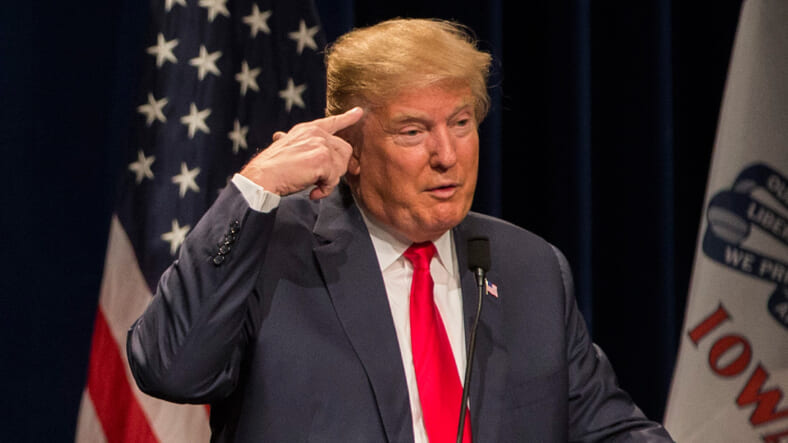 If ever a Presidential candidate embodied the spirit of a sports talk-radio caller, it’s Donald J. Trump. During a rally in Reno, Nevada, on Sunday, he gave us a taste of “Donnie from Manhattan.”

Trump was riled up after Saturday’s wild game between the Pittsburg Steelers and Cincinnati Bengals, which swung on a monster hit that Bengals linebacker Vontaze Burfict delivered to the head of Steelers receiver Antonio Brown.

Anyone who knows football knows that hit wasn’t just illegal, it was dirty. And it would have drawn a flag a decade ago, before the game cleaned up its act in a way that gets blowhards to call it “soft.” Another sign this wasn’t your garden variety hit to the head? The NFL is expected to dole out further punishment to Burfict, one of the league’s foremost cheap-shot artists.

Trump’s criticism is especially perplexing considering he got just what he wanted a handful of plays before the one above. In a critical moment late in the third quarter, Bengals running back Giovani Bernard was nearly decapitated by Steelers linebacker Ryan Shazier.

He was knocked unconscious on the field and there was no flag. Fox ref expert Mike Pereira tweeted that it was a legal hit, though it’s pretty easy to find the rule that says he wrong. In any case, this play proves that if Trump and other couch-potato tough guys want a sport that allows its players to legally take years off the lives of their opponents, then football is still the game for them.