Don’t Expect Joss Whedon to Direct Another Marvel Movie Ever

The man behind ‘Avengers: Age of Ultron’ is over it. 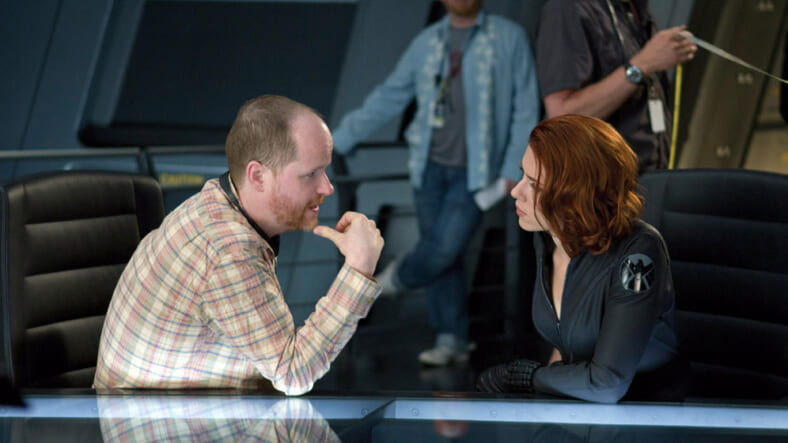 It goes without saying that Joss Whedon single-handedly got the gears turning for all things Marvel. The acclaimed director, who was at the helm for The Avengers and Avengers: Age of Ultron, was apparently on call to midwife the other ‘Phase 2’ productions like Thor and Captain America in the last few years. Needless to say, Whedon’s been pretty damn busy.

Despite the immense success that the reign of the superhero has rained down upon box offices, Whedon has had enough. Even with the buzz over Captain America: Civil War, Doctor Strange, and 2019’s Avengers: Infinity War, the MCU master is bowing out before he breaks.

In a recent Q&A at Oxford Union, Joss confirmed there are no hard feelings.

“You know, I was their sort of consigliere for a while. … I sort of had my finger in all of the films in the second phase. But then I just had to concentrate only on Ultron, and sort of know that when it was done I was just going to stop. So I made a completely clean break. Not because we had a falling out, just because I was like, ‘I can’t.’ If I was still there going, ‘Well, here are my thoughts on this film,’ I’d be there every day. I wouldn’t do anything else. ‘Cause there’s a lot of films, and it’s a lot of fun. It’s very seductive.”

One can only imagine how tantalizing it can be to actually work on the sets of these movies instead of just watching them in theaters. It’s also probably extremely stressful to have your hand on every aspect of an ever-expanding, hugely-profitable franchise, pressured to ensure sure all the details are perfect as to not anger critics, fans, and executives who depend on these films.

In light of Whedon’s divorce from Marvel, the Buffy the Vampire Slayer creator is looking to get back to his old roots with smaller, more intimate productions. If his past work in the sci-fi realm is any sign of what’s to come, 2016 is going to be a very, very great year for television.