Ain’t nuthin’ but a G Thang. 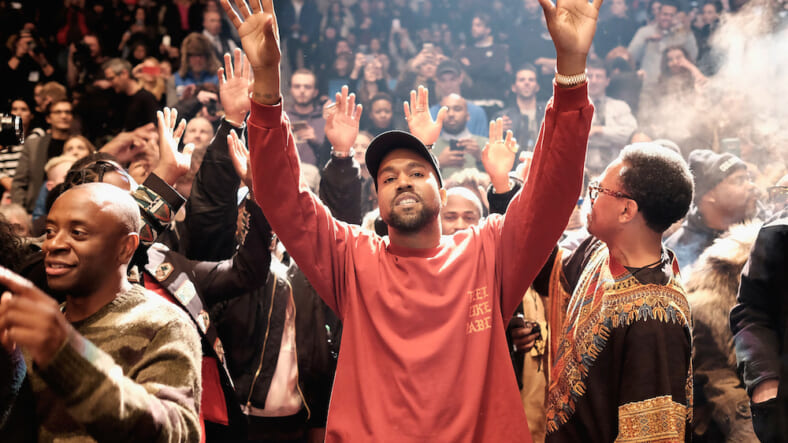 It’s hard to believe it’s been 25 years since Dr. Dre put out The Chronic, an album that brought the mellowed-out, weed-filled West Coast sound into the mainstream. Before Dre’s masterpiece, his first album after a tense split with N.W.A., hip-hop relied heavily on drum machines and obvious samples. Dre brought in instruments and on slowed down funk samples that birthed the G-Funk sound.

There may be no better example of the heavy bass and head-bobbing synths that typified Dre’s style than “Nuthin’ But a G Thang,” the lead single off of The Chronic.

The Chronic also put Dre’s skills as a talent scout on display. Before the album, more people know Calvin Broadus than Snoop Doggy Dogg and it provided a mainstream introduction for Kurupt, Daz, the Lady of Rage and Nate Dogg, among others.

Today is the 25th anniversary of The Chronic and we’re celebrating with some facts about one of the most groundbreaking albums of any genre ever made.

1. Dre discovered Snoop Dogg after he freestyled over an En Vogue Song

The song “Hold on” was a hit for the R&B girl group En Vogue in the late 80s, but it also helped Snoop get discovered. Dre first heard the then-teenager on this freestyle and he immediately fell in love.

2. Then Arch-Rival Eazy-E Made tons of  money off ‘The Chronic’

Dre’s former N.W.A. partner Eazy-E is the target of a lot of pot shots on The Chronic and is even parodied in the video for “Fuck wit Dre Day.” Turns out he probably didn’t care. According to one estimate, he was getting 25 to 50 cents for every copy of The Chronic sold thanks to deal he made with Interscope to free Dre from his prior record deal.

3. Dre yanked an anti-cop song that he knew would be controversial

In the year prior to The Chronic‘s release, Ice T and his metal band Body Count caused a shit storm with their song “Cop Killer.” The song condemning police brutality was seen as encouraging violence against police and Ice T eventually pulled it from his album. Dre didn’t want a similar controversy (even though NWA’s “Fuck Tha Police” helped make that band, which Dre co-founded, legendary) so he yanked “Mr. Officer” from his album. With a chorus that says “Mr. Officer, I wanna see you layin’ in a coffin, sir,” it’s not hard to imagine why.

Many consider The Chronic the greatest hip-hop album of all-time and Kanye West appears to be one of them. Dre’s fellow rapper/producer once told Rolling Stone, “The Chronic is still the hip-hop equivalent to Stevie Wonder’s Songs In The Key Of Life. It’s the benchmark you measure your album against if you’re serious.”

5. The album art is a stoner homage to Zig Zag rolling papers

It’s not just the name of The Chronic that serves as a nod to Dre’s favorite relaxant, the album art does too.