Drake Shares Inside Look at His Insane Toronto Mansion 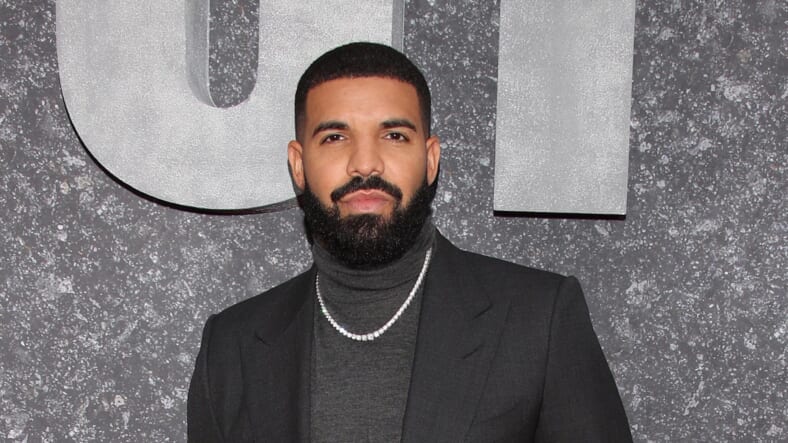 Drake’s 50,000-square-foot Toronto mansion was featured in the latest issue of Architectural Digest. Canadian architectural and interior designer Ferris Rafauli conceived the so-called “Embassy” as a contemporary take on a 19th-century estate.

“In form, materials, and execution, the structure is a proper 19th-century limestone mansion. But the exterior profiles are more minimal and the lines are a bit cleaner,” Rafauli told Architectural Digest. “This isn’t stucco, paint, and fake gold. That’s not what Drake wanted, and that’s not what I do.”

The ultra-luxe abode’s entry way is clad in solid lime stone and Nero Marquina marble. The the great room is occupied by a bespoke grand piano, a chandelier crafted from 20,000 pieces of hand-cut Swarovski crystal, floor-to-ceiling pieces of macassar ebony, bronze trestles and an antique mirror, among other lavish decor. Amenities include a full-size indoor basketball court that’s lit by a massive skylight and a retro yellow lounge filled with ostrich skin-clad furniture.

“It’s overwhelming high luxury,” Drake said of his home, which was featured in the music video for the recently released track “Toosie Slide.”

“That message is delivered through the size of the rooms and the materials and details of the floors and the ceilings. I wanted to make sure people can see the work I’ve put in over the years reflected from every vantage point.”

“Because I was building it in my hometown, I wanted the structure to stand firm for 100 years,” the “God’s Plan” artist added. “I wanted it to have a monumental scale and feel. It will be one of the things I leave behind, so it had to be timeless and strong.”

According to the story, Drake’s favorite space is the 3,200-square-foot master-bedroom suite, which boasts a master bath with a 4,000-pound tub carved from a single block of black marble, a two-story closet adorned with amethyst, rock crystal and diamond-studded seating, and an extra 1,100 square feet of covered terraces,

“The bedroom is where I come to decompress from the world at the end of the night and where I open my eyes to seize the day. The bed lets you float, the shower lets you escape and gather your thoughts, and the closet makes you want to talk to yourself while you’re getting dressed.”

Drake added that The Embassy is a sort of physical representation of his success.

“I think the house shows that I have true faith in myself to take on this task when I was just 27 and see it through,” the 33-year-old superstar said. “I also think the house says that I will forever remain solid in the place I was born.”

The tour of Drake’s mansion comes shortly after multiple previews of new music surfaced on Instagram live videos, including a collab with Playboi Carti dubbed “Pain 1993” that’s expected to appear on Carti’s upcoming album Whole Lotta Red, a verse on a second collab featuring Sosa Geek and Fivio Foreign, and a track that Complex predicts will be titled “Rolling.” Listen to them below:

Drake just previewed a snippet of a new song on OVOMARK’s live, new music on the way, new album on the wayyyyyy pic.twitter.com/UkEV38MyeY

Drake just previewed a snippet of a new song on OVOMARK’s live, new music on the way, new album on the wayyyyyy pic.twitter.com/UkEV38MyeY