Apparently he slapped some dude who wouldn’t stop taunting him. 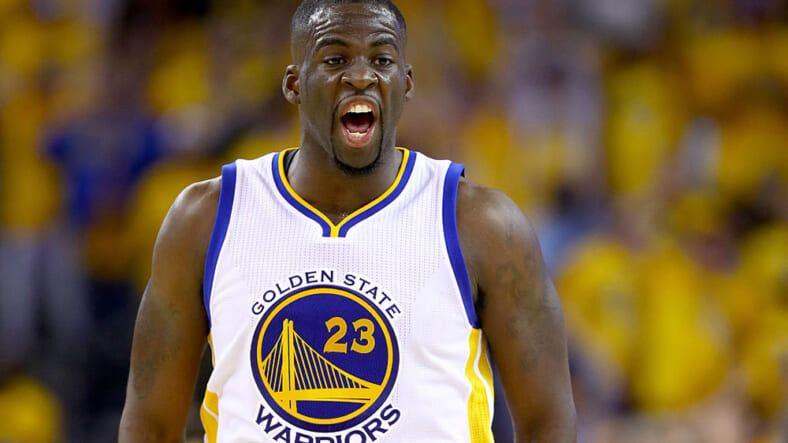 Green was in a part of East Lansing known for bars and restaurants when he was taken in around 2:30 in the morning. SF Gate reported that Green allegedly slapped “a basketball fan who was taunting him at a nightclub.”

The Warriors issued a brief statement about the incident:

UpRoxx dug up several social media mentions of Green hanging out at various establishments. Everything seemed normal in most accounts, but one Twitter user claimed to have witnessed and even recorded the incident, and this person did not believe Green was at fault.

Given reports that the fan was mouthing off to Green–a player known for his passion and aggressive play on the court–it’s easy to imagine a scenario where alcohol and bruised feelings added up to some kind of well-deserved smackdown.

Green, 26, started 23 games in Golden State’s playoff run to the NBA Finals, where they lost to the Cleveland Cavaliers in Game 7. He missed Game 5 of the Finals for flagrant fouls throughout the postseason.

Green posted $200 bond after he was taken to jail. The allegedly mocking fan was reportedly uninjured.