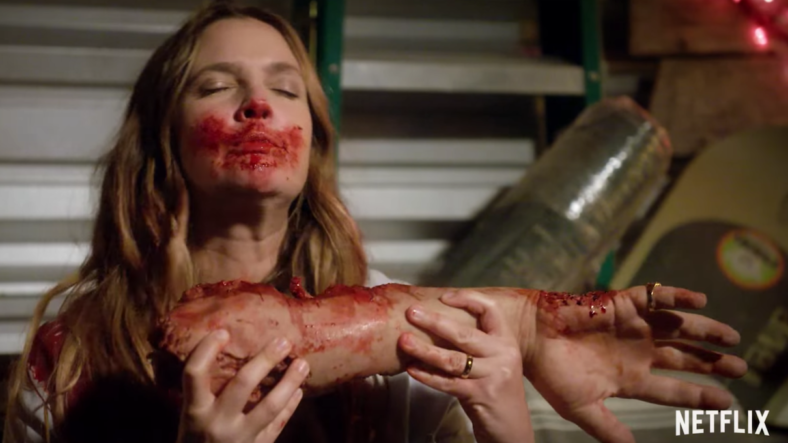 A gruesome-yet-hilarious trailer has just debuted of the series, which can only be described as a zombie sitcom. In the new trailer, the  family struggles to maintain their Martha Stewart-esque facade while stashing severed limbs and appendages in their garage. Expect neighbors to go missing and for PTA meetings to turn deadly.

As promised in the trailer, “A family that slays together, stays together.”

Santa Clarita Diet will debut on Netflix on February 3.