“Gosh, so many death machines out there, you must be stoked.” 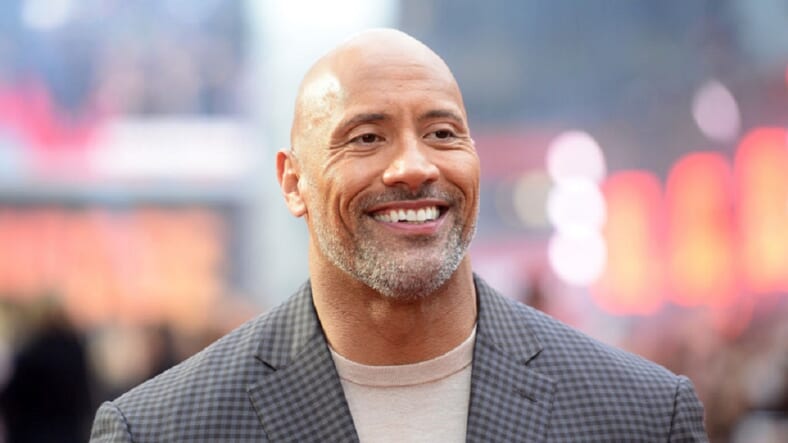 Sometimes people need to calm the hell down.

Dwayne “The Rock” Johnson is an action icon, so it makes sense that the Blackhawk Squadron 1st Armored Division based in Fort Bliss elected to name one of their tanks after him. At the risk of being too obvious, he’s something of a human tank himself.

Johnson recognized this was a special thing and put up a little Instagram post in which he said he was “sending a salute of respect & gratitude to the Blackhawk Squadron 1st Armored Division for the honor of naming their tank (the most advanced in the world) Dwayne ‘The Rock’ Johnson.”

“Heavy duty, bad ass, sexy AF and built to take care of business—but most importantly, thank you all for your service. Grateful to the bone.”

"If you smell what America's Tank Division is cooking!"
Shoutout to the #IronSoldiers assigned to the @Blackhawk_SQDN for naming one of their tanks in homage to the @TheRock.
Hopefully the "People's Champ" will see it and give you guys a shoutout and a retweet!#TuesdayThoughts pic.twitter.com/xMm2aKBArS

Totally normal reaction from any public figure: respectful of the service and the nod his way, grateful to soldiers for serving.

But this is 2019. Internet dialogue is different now, to say the least. While plenty of The Rock’s fans were down with the honor, a striking number were not, to say the least. Yahoo Entertainment collected some of the, uh, feedback so we didn’t have to:

“Having a death machine named after [you] seems cool until it’s used against beings that don’t truly deserve it,” read one comment. “I think they should name a few nukes after you and really get you excited. Maybe they will make a new gun modeled and named after you that can one day be used against innocents. Or maybe just the bullets. Gosh, so many death machines out there, you must be stoked.”“Wow … getting your name on a kill machine,” another person wrote.“Those poor people in some random oil-rich country ain’t gonna know what’s hit ’em,” added a commenter.“You’re obviously not stupid to know what you are representing or what this machine would do and to who — unfollow!” a disappointed follower chastised the star.“How are you OK with people getting killed with your name?” a critic asked, while another wrote, “Not sure having a destructive weapon named after you is such a great honor.”“You were one of my favorite actors,” a fan added. “So disappointed now seeing this. We keep making [these] machines to kill people and you are proud one of them has your name … wow.”

It’s understandable if this just makes you want to sigh heavily. Nearly all rational people want peace over war but the latter still happens, and the people who are charged with waging that war need some semblance of morale to keep going.

If naming a tank after the ex-WWE star and action movie juggernaut helps that, there’s nothing wrong with it.

The Rock hasn’t responded to the controversy. And it’s probably best if he just lets it slide. There will be another controversy of some sort infuriating social media users soon enough.