The Rock ‘Wouldn’t Rule Out’ Running for President in 2020

“This past election shows that anything can happen.” 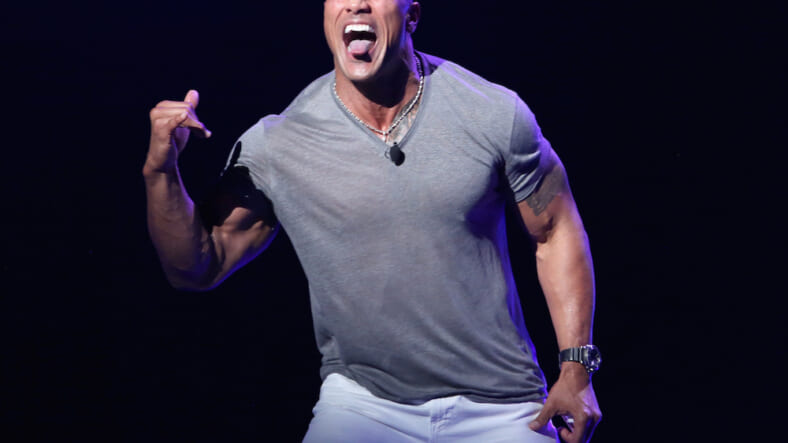 In times of great political upheaval and uncertainty, America needs a rock to keep it going— specifically the Rock.

Dwayne Johnson, the former pro wrestler turned world’s top-earning movie star and pop culture icon, recently admitted that he would consider a presidential bid in 2020, on the platform of lowering the cost of creatine for all Americans (potentially).

“I wouldn’t rule it out,” the beefy Ballers actor said at a Los Angeles press conference for his upcoming film Moana. “It would be a great opportunity to help people, so it’s possible. This past election shows that anything can happen.”

Cool piece on why I should run for President. Maybe one day. Surely the White House has a spot for my pick up truck..https://t.co/JpkZ4w1eh3

Whether he was joking or fishing for publicity, the Rock has, with a tough of self-aggrandizement, hinted at his political ambitions in the past. And he just so happens to join an unlikely assortment of celebs who have teased admittedly cheeky 2020 runs, including Kanye West and  Sons of Anarchy actor Ron Perlman.