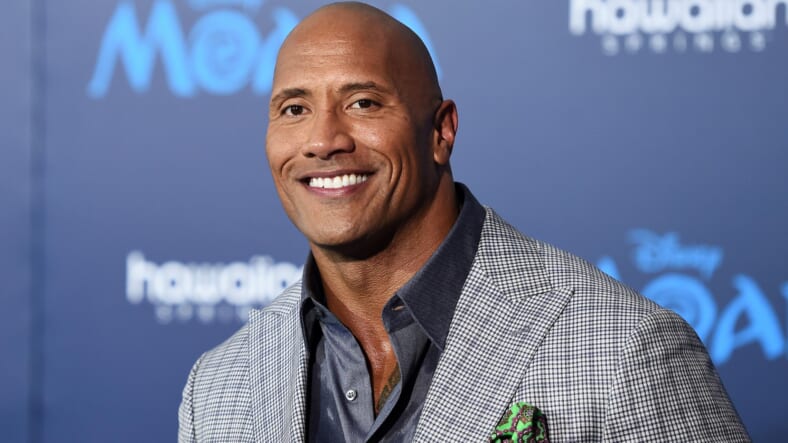 Dwayne “The Rock” Johnson shared a message on Instagram Friday that clearly refuted an earlier story claiming he had ridiculed millennials as a “snowflake generation.”

“Settin’ the record straight,” Johnson’s caption began. “The interview never happened. Never said those words. 100% false. If I ever had an issue with someone, a group, community or a generation — I’d seek them out, create dialogue and do my best to understand them. Criticizing ain’t my style. I don’t cast stones and we all get to be who we are.”

Johnson denied the interview in the British tabloid Daily Star that’s referenced in the original post below in an Instagram video above, via the Hollywood Reporter:

“I can’t believe I have to do this again and set the record straight,” he said in a video posted on his Instagram.

“The interview never took place, never happened, never said any of those words. Completely untrue. One hundred percent fabricated,” he argued, also explained that he was “baffled” after reading the article.

Johnson went on to explain that he has nothing but “great trust and equity” for the generation and any interview that quotes him as insulting anyone is “not a real D.J. interview.”

Johnson ended the video with a shout out to millennials: “To the plurals, the boomers, the ‘snowflake generation’ — I don’t even know where that term came from. The tequila generation, the generation I just started, that’s a good one, you’ll want to join it.”

Read the earlier posted based on the The Daily Star’s “interview,” which has been pulled from their site, below:

If you’re under thirty and are reading this through tears because the Starbucks barista just misspelled your name, Dwayne “The Rock” Johnson has a few choice words for you.

“So many good people fought for freedom and equality – but this generation are looking for a reason to be offended,” he told the Daily Star (after The Rock threw cold water on the story, the paper removed the offending article).

“If you are not agreeing with them then they are offended – and that is not what so many great men and women fought for.”

Hmm…so that’s how he feels about overly-entitled millennials who don’t stop complaining and expect the world to revolve around them.

“I don’t have to agree with what somebody thinks, who they vote for, what they voted for, what they think, but I will back their right to say or believe it,” he added. “That’s democracy.”

But that’s not all—The Rock had a few more things to say on the matter. Even though the world has become more tolerant of countless things in the past few decades, he says millennials are hitting the brakes on positive progress and are actually taking us backwards.

“We thankfully now live in a world that has progressed over the last 30 or 40 years. People can be who they want, be with who they want, and live how they want.

“That can only be a good thing – but generation snowflake or, whatever you want to call them, are actually putting us backwards.”

And there you have it. The highest paid actor in the world is not pleased at all with the younger generation, and he’s not afraid to share his thoughts on the situation.