He took it back, though. 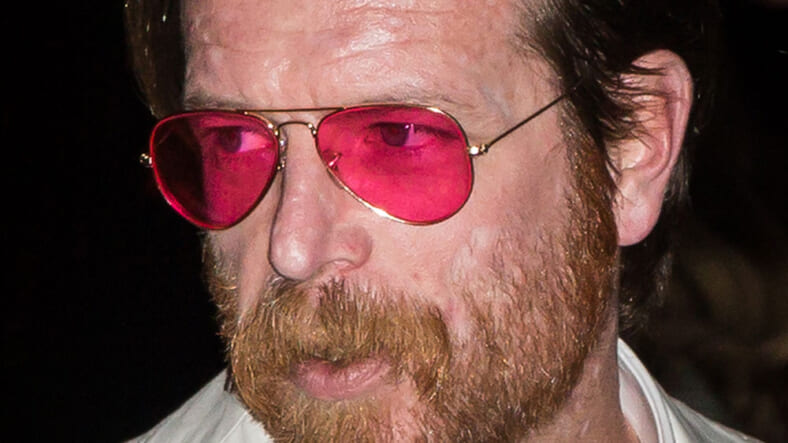 Jesse Hughes, lead singer for the Eagles of Death Metal, isn’t having an easy recovery from the trauma he and his bandmates experienced in the November, 2015 Paris terror attacks. Recently, in an interview with Fox Business, he floated the intensely alarming idea that Bataclan security might have known the terrorists were coming.

After he said he found out six guards had failed to show up that night, Hughes told the cable network that to him it seemed “rather obvious they had a reason not to show up.”

Reaction from those in charge of the Paris venue where nearly 90 people lost their lives was understandably angry, reported Mashable. A rep from the Bataclan said Hughes was making “some very grave and defamatory accusations.”

Hughes walked it all back Friday in a statement published on the Eagles of Death Metal’s Facebook page:

A STATEMENT FROM JESSE HUGHES:

Fans leaving comments on Hughes’s statement were sympathetic, one noting that “PTSD [Post-traumatic stress disorder] is very real.” Another fan wrote that Hughes needed “to STOP taking interviews on the subject,” because there was “nothing more that needs to be said at this point from the band in the press regarding the attack.”

The sheer immensity of a tragedy like the Paris attacks is difficult to comprehend for almost anyone. It’s not hard to believe that Hughes is being completely truthful with his retraction; scars from something like that will surely take a very long time to heal.