After battling for decades on the charts, the rock’s biggest album has been crowned. 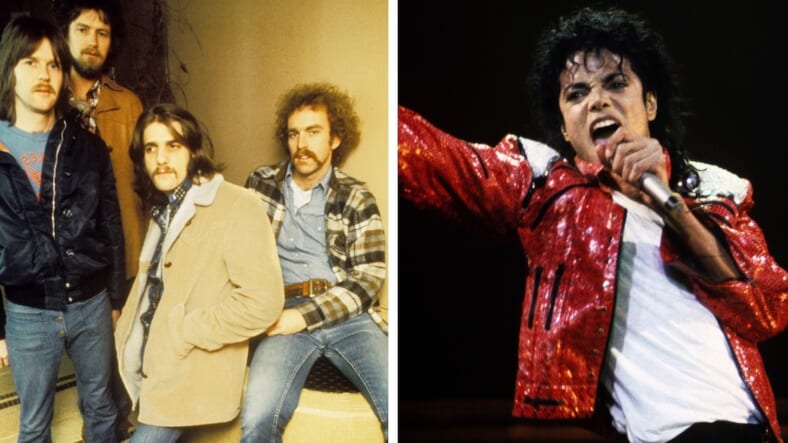 It hasn’t been a good month for Michael Jackson‘s legacy.

Now, classic rock legends The Eagles have added insult to injury. Their Greatest Hits 1971-1975 has overtaken Thriller as the best-selling album of all time, reclaiming the top spot nearly a decade after MJ’s death.

The Recording Industry Association of America (RIAA) recently recalculated sales of the best-of collection and certified the LP as 38x platinum, pushing the 33x platinum Thriller to second place, the Associated Press reports. The RIAA confirmed the new certifications to Rolling Stone.

The RIAA last tallied Their Greatest Hits 1971-1975‘s totals in 2006, when the album was 29x platinum; since then, streaming and digital downloads have dominated the music industry. Greatest Hits‘ new certification takes into account total streams, downloads and traditional sales since 2006. Thriller‘s totals were reportedly updated in 2017.

Let’s take a moment to pull out our lighters and check out this vintage live performance of The Eagles’ iconic “Hotel California.”

While Eagles’ co-founder Glenn Frey has passed, his bandmate Don Henley had this to say about the news: “We are grateful for our families, our management, our crew, the people at radio and, most of all, the loyal fans who have stuck with us through the ups and downs of 46 years. It’s been quite a ride.”

As much as we love Michael, we’re happy for your uncle’s favorite band — but we do know one person who surely is not.