The inescapable Christmas earworm has made Mariah major bank. 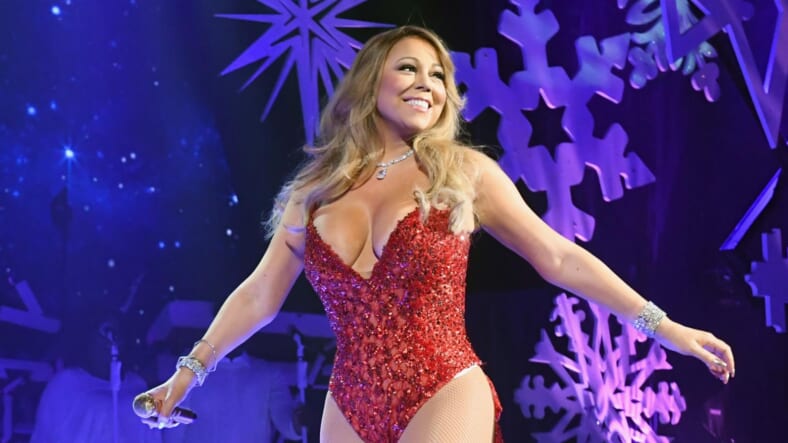 The lyrics to Mariah Carey’s “All I Want for Christmas Is You” are all about basking in the non-material joys of the holiday season. But don’t get it twisted: the ubiquitous Chistmas ditty has made Carey a goddamn fortune.

Citing an article from The Economist, Business Insider reports that the catchy yuletide track has made Carey $60 million (!) since its release in 1994. “Christmas” rakes in millions annually from plays on streaming services and royalties.

“Christmas” also recently broke a Billboard record by becoming the highest-charting holiday tune on the Hot 100 in 60 years. It reached the No.6 position, besting other seasonal songs like “Auld Lang Syne” by Kenny G and “This One’s for the Children” by New Kids on the Block, both of which peaked at the No. 7 position in previous years.

The only jingle that has outperformed Carey’s is “The Chipmunk Song” by David Seville & The Chipmunks, which topped the Hot 100 way back in 1958.

Naturally, Carey has been in the holiday spirit since late November, as evidenced by her Instagram feed.

The British singer-songwriter grossed a truly absurd $432 million from his 2018 tour, more than any artist has made from concerts since box office research group Pollstar began collecting data 30 years ago.

One thing’s for sure: Carey and Sheerhan are about to have a very Merry Christmas.