“No child support for 30 years and you came back?” 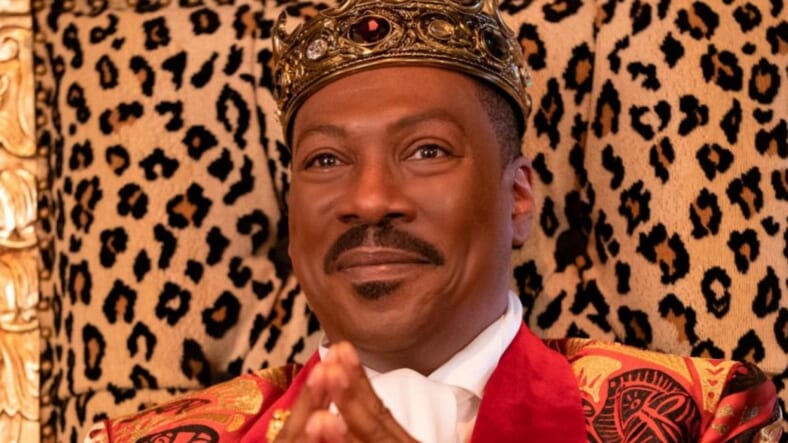 In the famously hilarious barbershop in which they also played a number of wisecracking elderly men in the original Coming To America, Eddie Murphy’s King Akeem of Zamunda and his counselor Semmi (Arsenio Hall) are offended at the idea they might have been expected to support Akeem’s previously-unknown American son.

As one old man says in amazement, “No child support for 30 years and you came back?”

It’s a rational question. But what Akeem has to offer is better than three decades of back pay for a son he never knew about until this follow-up to Murphy’s 1988 fish-out-of-water comedy — he is offering a princedom and eventual rulership of a nation.

At least that’s the premise for Coming 2 America. In this new full-length trailer, we learn it may not be so simple, as back in Zamunda Akeem has an elder daughter. Except in this fictional African nation, women aren’t allowed to inherit the throne.

So it’s evident in this best look yet at the sequel that things just aren’t that simple, after all. Not to mention the fact that Wesley Snipes is on the scene this time as a Zamundan general who wants to rule the country himself.

That’s more than you’ll get from Amazon’s synopsis:

Set in the lush and royal country of Zamunda, newly-crowned King Akeem (Eddie Murphy) and his trusted confidante Semmi (Arsenio Hall) embark on an all-new hilarious adventure that has them traversing the globe from their great African nation to the borough of Queens, New York – where it all began.