This followup to the comedian’s 1988 comedy reportedly cost Amazon $125 million. 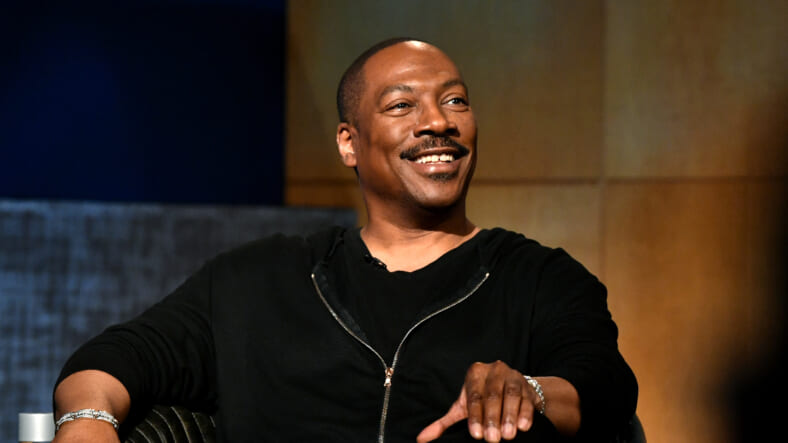 Eddie Murphy‘s Coming 2 America, a sequel to his 1988 comedy hit Coming To America, will be heading to Amazon Prime in December, reports Variety.

A lot of people cleaned up in selling the flick to Amazon, reportedly to the tune of $125 million.

Variety’s report seems like a bellwether predicting how movie theaters may be doomed by the coronavirus pandemic-inspired turn away from mass gatherings in favor of home entertainment:

Final details are being hammered out, sources said, including two complex consumer marketing tie-ins with McDonalds and whiskey brand Crown Royal, which are expected to transfer over to Amazon Studios with the film. Murphy, who produced, as well as stars in the film, has to give his blessing.The sale is said to be a priority for Amazon Studios chief Jennifer Salke, who has been on the hunt for more commercial fare with the recent acquisition of the sequel to “Borat,” and another Paramount acquisition in the Tom Clancy adaptation “Without Remorse” starring Michael B. Jordan. the studio also picked up Regina King’s One Night in Miami,” which is expected to be an Oscar contender.

The original, John Landis-directed movie was a massive hit for the time, reaping nearly $300 million at the box office and thoroughly establishing Murphy’s big-screen dominance.

The sequel picks up the story of Murphy’s Prince Akeem, who is set to become king of his fictional African nation, Zamunda. Here’s the synopsis:

In the sequel, Prince Akeem [Murphy] is set to become king of the fictional country of Zamunda when he discovers he has a son he never knew about in America — a street-savvy Queens native named Lavelle.To honor the former king’s dying wish to groom his grandson as the crown prince, Akeem and Semmi set off to America. Murphy, Arsenio Hall, and James Earl Jones are reprising their roles. Additional cast includes Tracy Morgan and Jay Pharaoh.