Holy Crap, Eddie Murphy Just Tweeted That He Might Be Making a ‘Coming to America’ Sequel 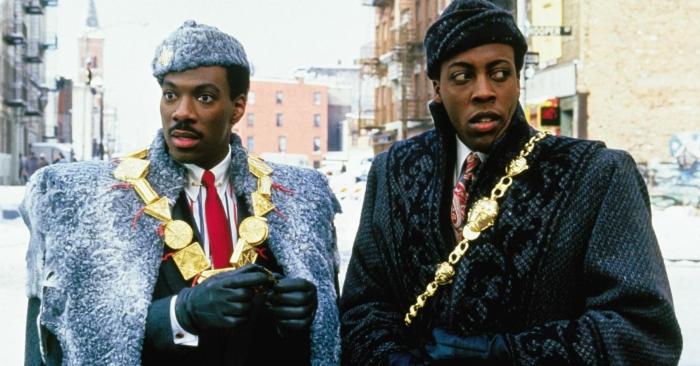 Just when you thought the announcement of a Matrix reboot was going to be the biggest movie news you’d hear this week, Eddie Murphy sent out a tweet hinting that there may be a sequel to Coming to America, one of the greatest comedies of the ’80s…nay, of all time!

Here’s the earth-shattering message the iconic comic dropped on Wednesday night, and then quickly deleted—along with his entire Twitter account:

But that’s not all! Vanessa Bell, the actress who played the African woman Eddie Murphy’s character Prince Akeem was supposed to marry in the film, gave this quick interview to TMZ about the rumored sequel:

“I would love to do a sequel,” she tells TMZ. “I loved the movie. It’s like come on Eddie let’s make this happen!” We couldn’t agree more.

The original film, which tells the story of a spoiled African prince who journeys to Queens to find his bride, came out almost 30 years ago and grossed nearly $300 million. Though it’s hard to know what the sequel’s plot might be, we hope and pray it will help Eddie recapture some of his ’80s mojo, which has been sorely lacking as of late.

And now, in the spirit of March Madness, please enjoy this classic clip: