Jesse Pinkman Is Out For Revenge In New ‘El Camino: A Breaking Bad Movie’ Official Trailer 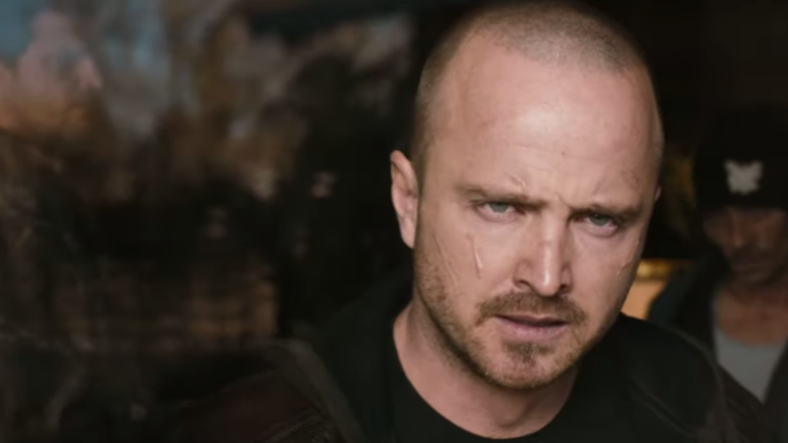 When last we saw Aaron Paul’s Jesse Pinkman he was a man barely holding on, driving away from the meth-making compound where neo-Nazis had held him prisoner and made him cook.

In El Camino: A Breaking Bad Movie it’s apparent we’re picking up with Jesse almost where we left off, but it’s also pretty obvious that he’s an utterly changed man, and we’re not sure if it’s for the better–not yet.

In this new full-length trailer, Pinkman returns to his old friends Badger (Matthew Jones) and Skinny Pete (Charles Baker), and they’re shocked to see him.

Soon enough, he begins to shed the grime, long hair and beard he wore at the end of Breaking Bad and a new Jesse appears–apparently, a pretty vengeful Jesse, too.

The Netflix movie’s synopsis says that “in the wake of his dramatic escape from captivity, Jesse must come to terms with his past in order to forge some kind of future.”

Hopeful fans of Bad might want that to mean Jesse’s life improves, but then there’s how this trailer ends–with a growling, almost familiar voice asking the fugitive if he’s ready and him saying “yes.” Is it the beginning of some kind of old West-style duel, given the unseen source of the voice appears to be armed and Jesse is too?

Or is the small-time dealer who ultimately got in way over his head when he agreed to cook meth with his former chem teacher Walter White (Bryan Cranston) about to go on some kind of vengeful spree?

It’s not hard to get into the idea that Pinkman might still have some scores to settle, even if Walter White’s automated machine gun obliterated the hardcore white nationalists who kept him prisoner.

We’ll know for sure when El Camino: A Breaking Bad Movie hits Netflix and select theaters nationwide on October 11.