Jesse Pinkman is on the run and looking for redemption. 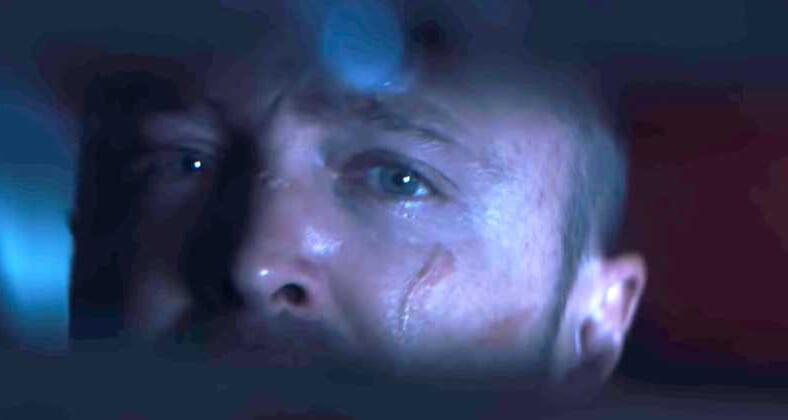 Because we didn’t truly see Walter White‘s soul depart from his body when he lay in the meth lab dying at the end of Breaking Bad, there have always been fans who hold out the hope our fave chemistry teacher turned kingpin might still be alive.

It’s not 100 percent certain, no, but in the radio voiceover a still-shaken Jesse (Aaron Paul) listens to in the El Camino he used to make his run for freedom, a person of interest in the deaths of 9 men shot by an automated machine gun is being sought—and that’s clearly him.

After all, the synopsis reads, “In the wake of his dramatic escape from captivity, Jesse must come to terms with his past in order to forge some kind of future.”

Being the person of interest in mass murder and knowing he actually did kill at least one very bad person for sure when he strangled Todd Alquist (Jesse Plemons) is definitely the kind of past that requires work to come to terms with.

Vince Gilligan has expressed sympathy for Jesse Pinkman, so it seems like whatever happens surely it won’t turn out worse for the beleaguered meth cook.

We’ll find out when El Camino: A Breaking Bad Movie begins streaming on Netflix on October 11, 2019.