The billionaire Tesla mogul says he and Kanye “may have more differences of opinion than I anticipated.” 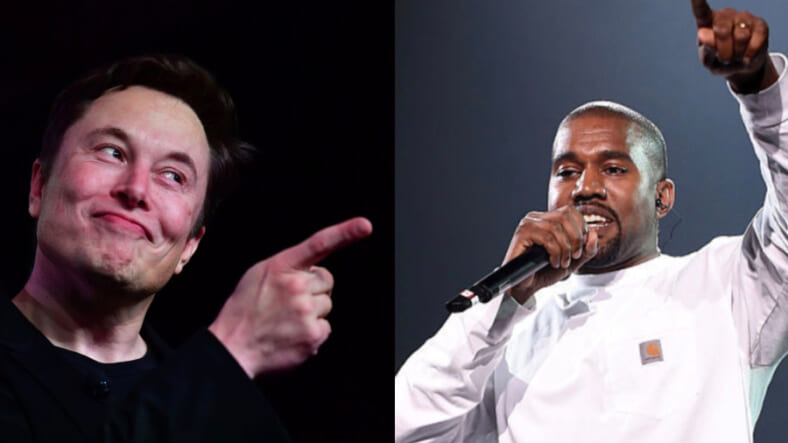 It looks like Elon Musk is rethinking his support of Kanye West’s highly- improbable, last-minute run for the presidency. While Musk was probably joking under the assumption that West was too, now he’s officially taking himself out of the picture after learning that the rapper, fashion mogul and social media provocateur has some beliefs that may not be in tune with his own.

You have my full support!

On July 4th, West tweeted that he was running and Musk immediately responded by cheekily tweeting, “You have my full support!”

Then some of the things West said in a recent interview following his announcement came to light. Musk was made aware that West is anti-abortion and anti-vaccination. That gave the new father pause and in a tweet he later deleted, Musk stated that they “may have more differences of opinion than I anticipated.”

And the truth is, West said some controversial and unsettling things in a Forbes interview with editor Randall Lane. They were helpfully listed as the following bullet points at the beginning of the piece:

Suffice it to say Twitter responses to West’s alleged White House run have been all over the place, including considerable skepticism that he’s serious or even mentally stable at the moment.

@ Everyone saying it’s too late for Kanye to run for president pic.twitter.com/QC7VGo9JKy

I have no idea what Kanye is smoking but that shit must be strong pic.twitter.com/RiCbJkwVxQ

TMZ revealed Thursday that Kanye West’s presidential aspirations may not be part of a simple bid for attention or a goof at all, but evidence of a mental breakdown.

Our Kanye sources tell us, he suffers a serious bout with his bipolar disorder, usually once a year … and our sources say Kanye’s in the midst of one now.

As you know, Ye announced he’s running for president via Twitter over the weekend, and also did a rambling interview with Forbes … which drew harsh criticism, confusion and concern

West has been forthright about having bipolar disorder in the past, telling David Letterman in a 2019 interview that “I can just tell you what I’m feeling at the time, and I feel a heightened connection with the universe when I’m ramping up. It is a health issue. This — it’s like a sprained brain, like having a sprained ankle. And if someone has a sprained ankle, you’re not going to push on him more. With us, once our brain gets to a point of spraining, people do everything to make it worse.”

If TMZ’s report is correct, it may be that giving the rap mogul an opening to make the statements he made to Forbes was the worst thing to do—and Elon Musk realized that his friend just needs medical help, not political support.