The Mother of Dragons may have her eye on someone new. 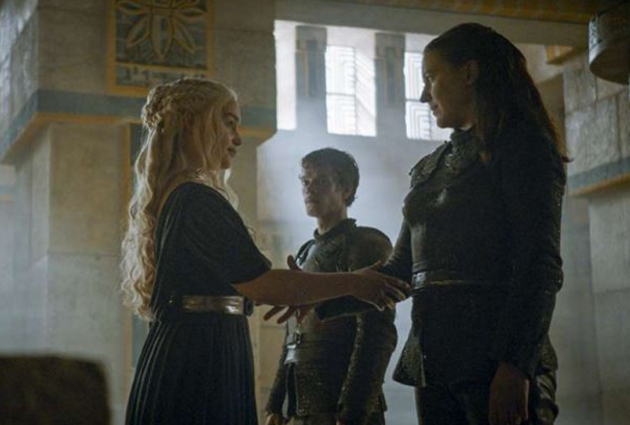 Game of Thrones‘ most recent (and perhaps greatest) episode may have made its biggest impact with a truly epic battle scene and the (SPOILER ALERT!) demise of Ramsay Bolton, but that doesn’t mean fans didn’t pick up on some serious girl-on-girl flirting action.

That’s right: We all sensed that fictional spark between Daenerys Targaryen and Yara Greyjoy, and actress Emilia Clarke revealed she’d have no issue with expanding on a little somethin’ between the two, despite being linked up with Daario.

“There’s mild flirtation, which is exciting to say the least,” Clarke said in a behind-the-scenes HBO clip. “I mean, get rid of Daario, bring on the ladies.”

The 29-year old actress has been quite vocal about expressing what she wants to see on future episodes of the HBO fantasy series, including more on-screen penis, but a surprise Dary-Yary relationship could be just the thing for The Mother of Dragons.