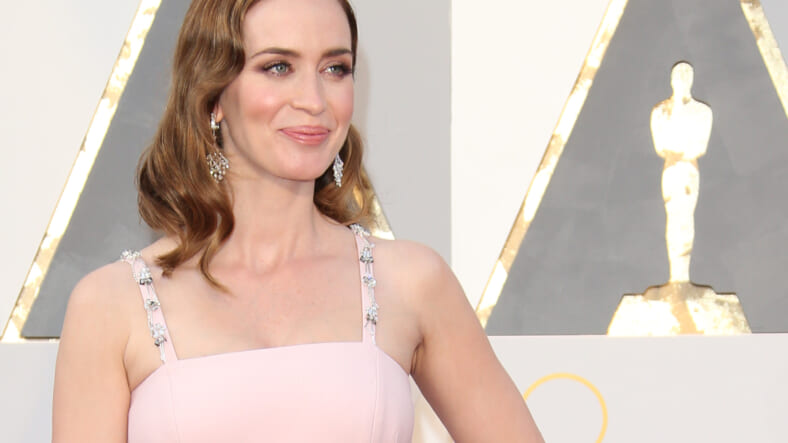 Emily Blunt has battled hordes of aliens, worked under the rule of a magazine tyrant, and will soon take on a role as the hottest nanny you’ve ever laid eyes on. But it’s with Tate Taylor’s The Girl on the Train that the always stunning 33-year old actress will face what she called “the most challenging thing she’s ever done.”

The first trailer for the novel-inspired thriller puts Blunt on display as a lonely train rider named Rachel who bears witness to what could be the murder of a saucy, attractive blonde (Haley Bennett) — a woman who just happens to be her ex-husband’s nanny. Police begin their investigation and question her involvement, as flashes of liquor stores and consistent drinking periods hint she may not be a very reliable person.

The trailer picks up speed quickly, contrasting with an accompaniment from a slowed down ‘Heartless’ by Kanye West. As the footage concludes, Blunt’s character admits that she’s “afraid of herself,” but who should we actually be afraid of?

The Girl on the Train, starring Emily Blunt, Haley Bennett, and Justin Theroux, zooms into theaters on October 7th.